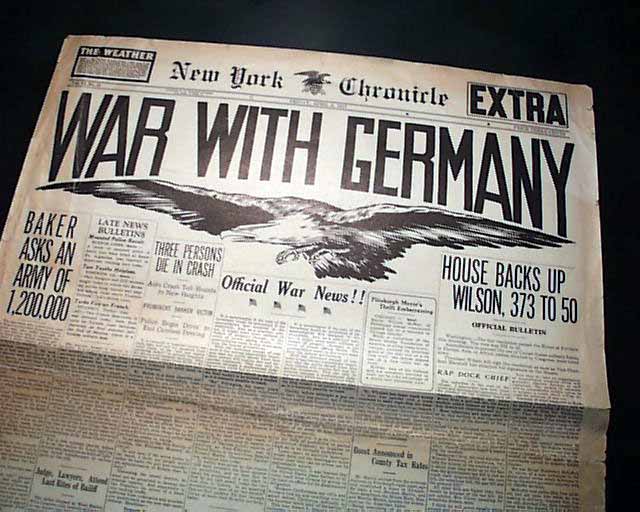 
NEW YORK CHRONICLE--EXTRA, April 6, 1917  An interesting movie prop newspaper, presumably one which featured as part of the plot the beginning of World War I as the bold, banner headline announces: "WAR WITH GERMANY".
The balance of the four page newspaper has just "filler" material relating to nothing. Such props typically were seen from a distance and received very little on-screen time.

There was no newspaper from New York titled the "Chronicle" during this time.
Four pages, printed on heavier-stock newsprint than typical, many archival mends at the margins of the inside pages, several creases, otherwise in good condition. The folder size noted is for the issue folded in half.