Home > Back to Search Results > The death of famed singer Marian Anderson...
Click image to enlarge 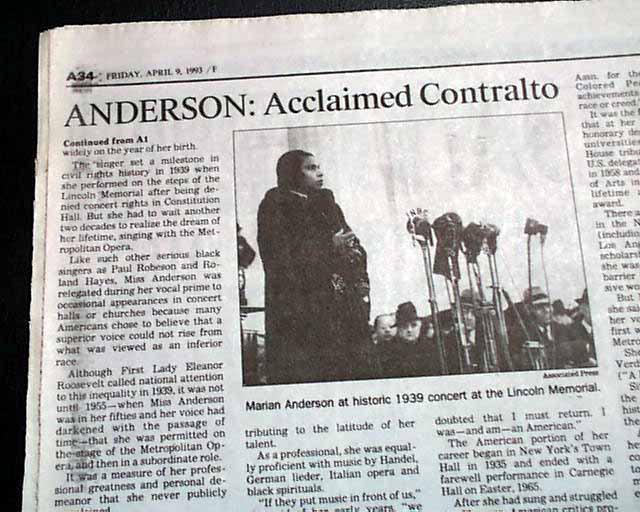 The bottom of the front page has a report headed: "Rich-Voiced Contralto Marian Anderson Dies" with subhead: "the pioneering black singer overcame prejudice to gain wide acclaim" and photo. (see)
The article carries over to page 34 with much detail on her life and a photo of her from 1939. Marian Anderson was an African-American contralto and one of the most celebrated singers of the twentieth century.
Complete 1st section only with all 36 pages, nice condition.