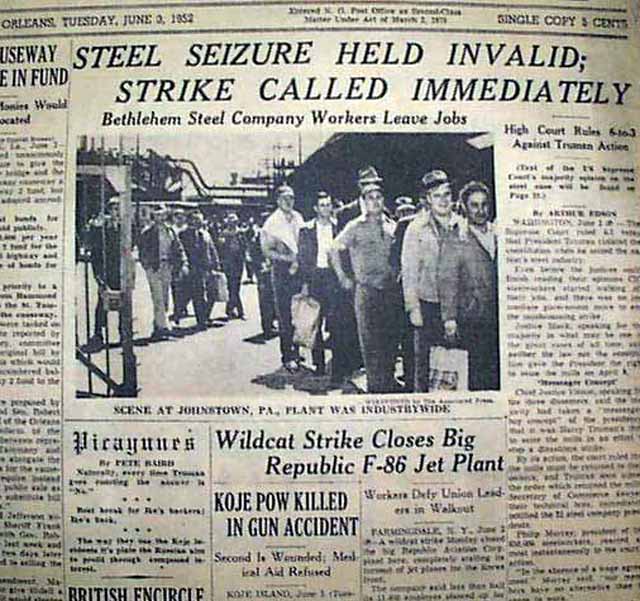 The front page has a displayable photo and  a 4 column headline: "STEEL SEIZURE HELD INVALID; STRIKE CALLED IMMEDIATELY" which tells of the United States Supreme Court's decision that limited the power of the President of the United States to seize private property. Subheads include: "Bethlehem Steel Company Workers Leave Jobs" and "High Court Rules 6-to-3 Against Truman Action".  Content continues on pages 2 and 3.
This issue is believed to be complete in 40 pages however, it is being offered for the described content.  The issue is in nice condition however, there is a missing corner on the top right of the front page with some minor edge tears.  There is a partial rough left spine. None of this impacts described content. There is some browning on the fold. (see images) 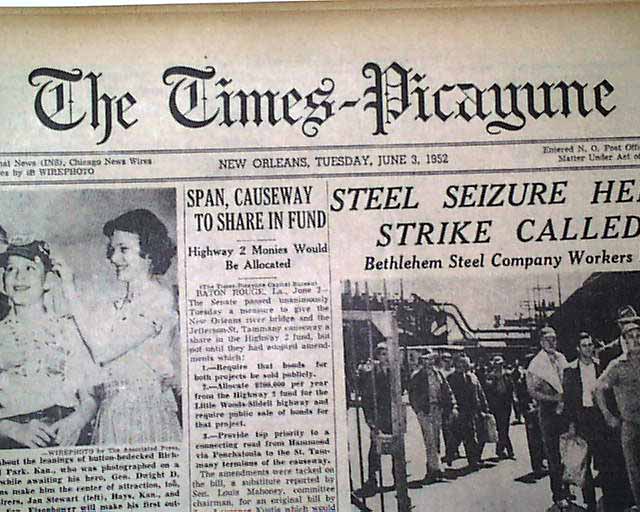 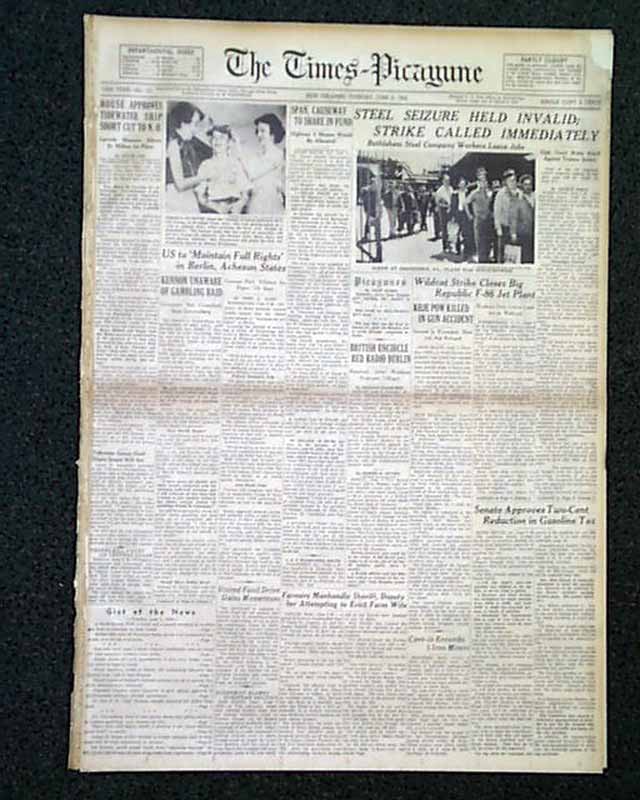