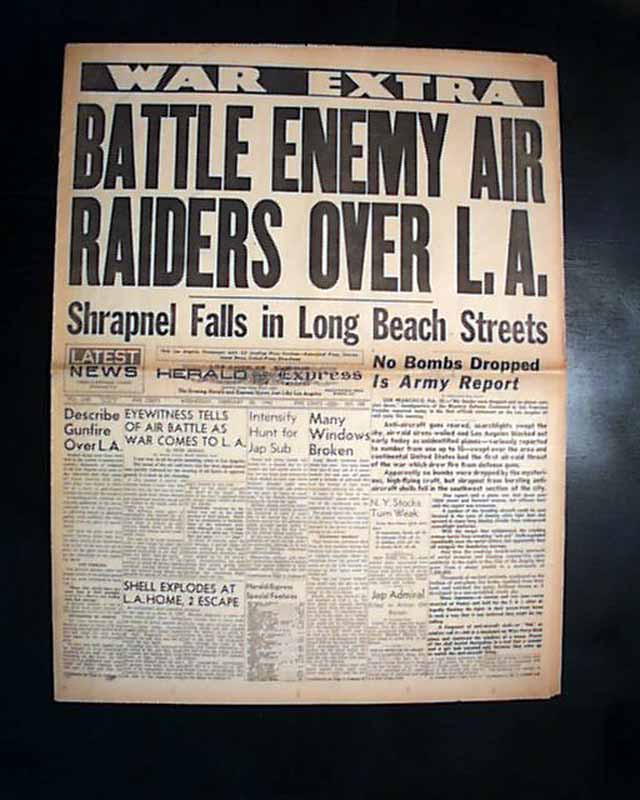 Simply a great issue for display on what is known as the "Battle of Los Angeles".
The front page has a quite large & dramatic headline: "BATTLE ENEMY AIR RAIDERS OVER L. A." with a smaller banner heading noting: "Shrapnel Falls in Long Beach Streets" with subheads.
This event was a curious incident of World War II, the result of a rumored attack by the Japanese upon the coast of California. It was ultimately a false alarm attributed to a case of "war nerves" likely triggered by a lost weather balloon and exacerbated by stray flares and shell bursts from adjoining batteries.
It is likely such reports would only be found in a Los Angeles-area newspaper.
This is the complete first section (of 2) with pages 1-16. Very nice condition.