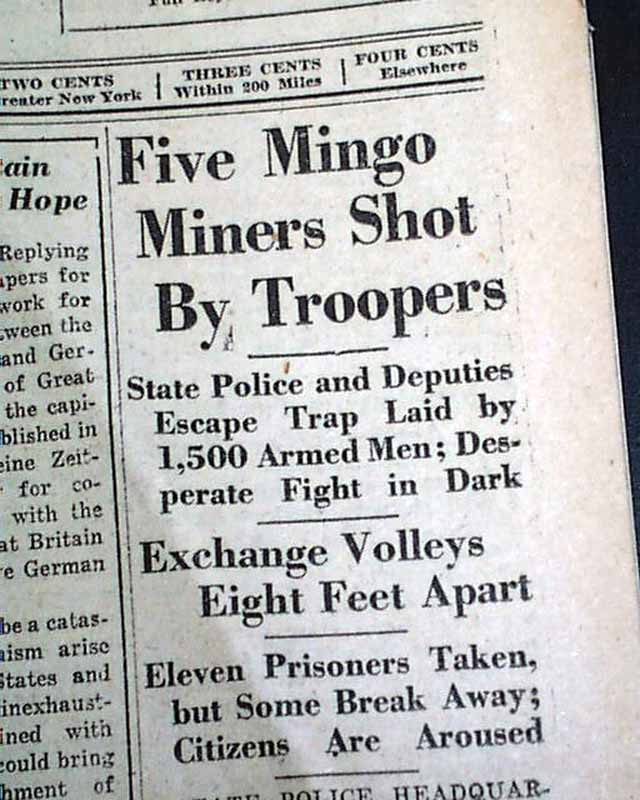 The top of the front page has a one column heading: "Five Mingo Miners Shot By Troopers" with subheads. (see) Coverage on the Battle of Blair Mountain in the coal regions of West Virginia.
Complete in 16 pages, toning along the spine/ 1st column, a few tiny margin tears, generally good. Should be handled with care.