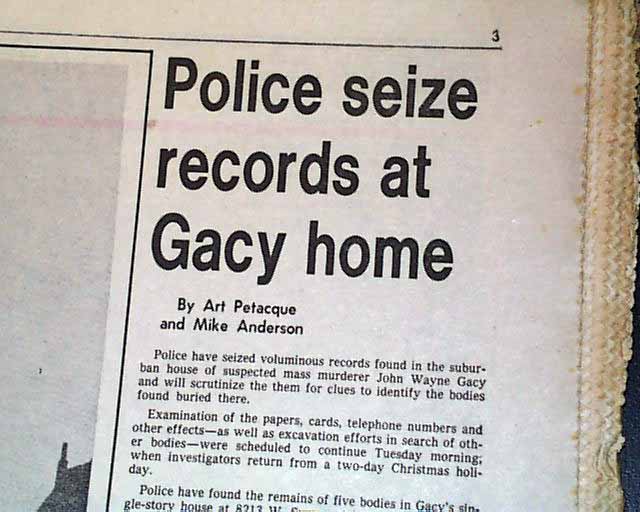 Here is nice issue on the discovery of John Wayne Gacy's crimes in a Chicago suburb. The top of page 3 has a heading: "Police seize records at Gacy home". (see) Gacy was arrested just a few days earlier. Great to have this in a Chicago publication. I expect this to be an extremely rare item because their was really no reason to save it at the time.
Complete with all 96 pages, tabloid size, nice condition.