Home > Back to Search Results > Barbarity of the Fort Pillow Massacre...
Click image to enlarge 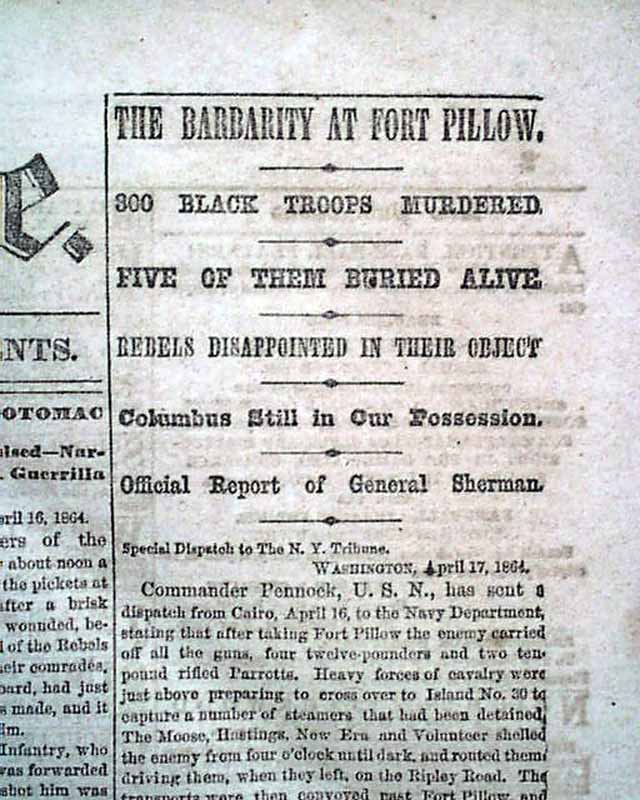 Barbarity of the Fort Pillow Massacre...

Among the front page column heads on the Civil War are: "THE BARBARITY AT FORT PILLOW", "300 Black Troops Murdered", "Five of Them Buried Alive", "Columbus Still in Our Possession", "Official Report of General Sherman", "and much more. Page 4, under the heading "THE FORT PILLOW MURDERS", has additional details.
Eight pages, nice condition.

Fall of Richmond, the capital of the ...