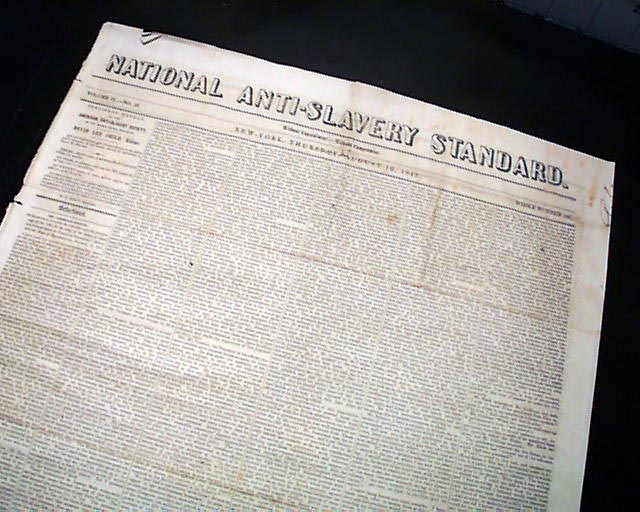 
NATIONAL ANTI-SLAVERY STANDARD, New York, Aug. 10, 1843  As the title would suggest, an anti-slavery newspaper from 18 years before the Civil War.

Among the articles: "Letters on Slavery, Addressed to American Wives & Mothers" this being Letter 1. "Pro-Slavery Quakerism--Colorphobia" "Improvement of the Colored Rage" "Anti-Slavery Conventions in Ohio" plus there are several reports under the heading: "Anti-Slavery Items including subheads: "Fugitive Slave Case--Punishment for Murdering A Slave--Pro-
Slavery Mobs" and more.
Four pages, minor binding slits at the blank spine, good condition. Folder size noted is for the issue folded in half.