Home > Back to Search Results > Death of Billy Sunday...
Click image to enlarge 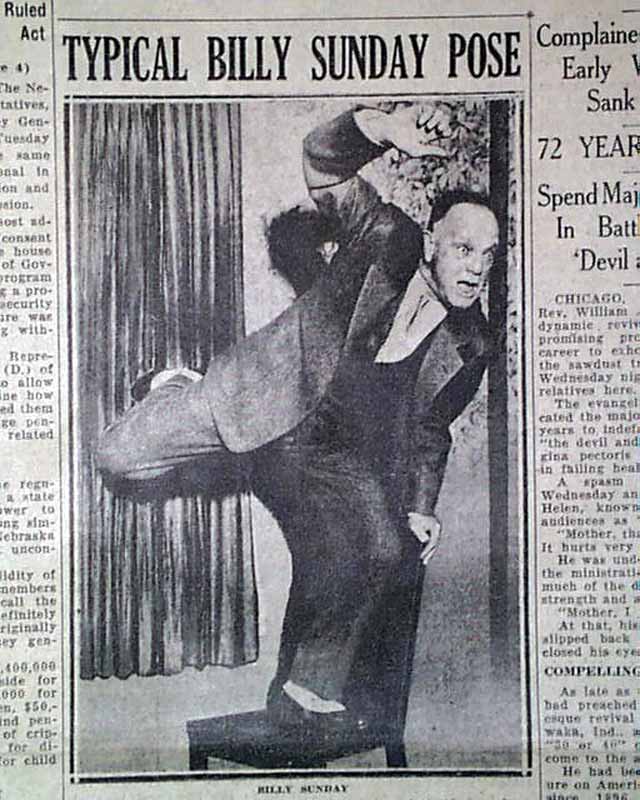 The front page has a seven column headline: "BILLY SUNDAY, EVANGELIST, IS DEAD", with dramatic image, very displayable, titled: "TYPICAL BILLY SUNDAY POSE". Additional headlines: "Illness Proves Fatal To Revivalist Who Deserted Baseball",  "Complained of Sickness Early Wednesday, Sank Rapidly" and "Spend major part of Life In Battle Against 'Devil and Rum'".
Believed to be complete in 18 pages however, is being sold for described content. In nice condition however, should be handled gently as should all issues from this era.