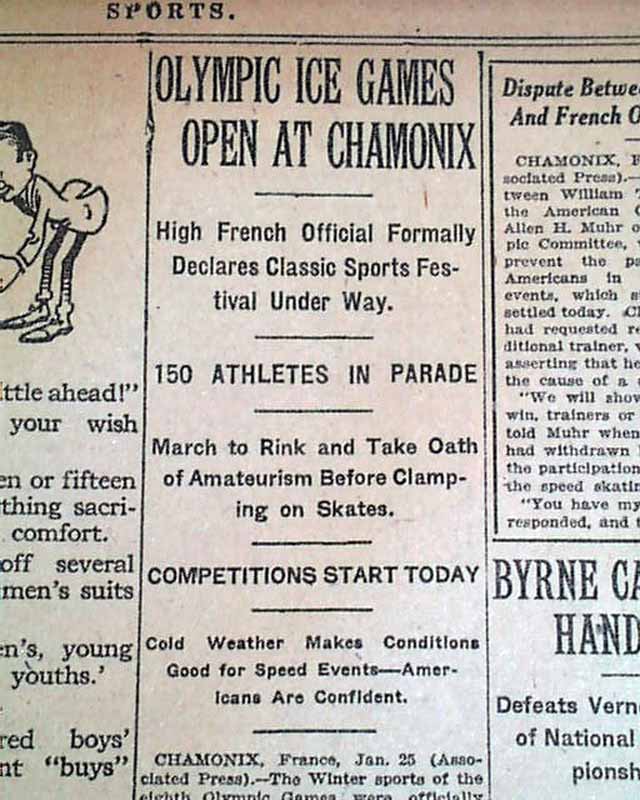 This 26 page issue has usual browning with a little margin wear and tear but no text loss, otherwise it is in good condition. As with all issues from this era, it should be handled with care.

Wikipedia notes: The first Olympics after the war, the 1920 Games in Antwerp, again, featured figure skating, while ice hockey made its Olympic debut. At the IOC Congress held the following year, it was decided that the organizers of the 1924 Olympics (France) would also host a separate "International Winter Sports Week", under the patronage of the IOC. This "week" (it actually lasted 11 days) of events in Chamonix proved to be a great success, attracting more than 200 athletes from 16 nations, competing in 16 events. The first event on the program was 500 m speed skating won by U.S. athlete Charlie Jewtraw, who thereby became the first Olympic Winter Games champion, though not the first winter Olympic champion, since figure skating and ice hockey were held in 1908 and 1920. Overall, in 1924, Finnish and Norwegian athletes dominated events.