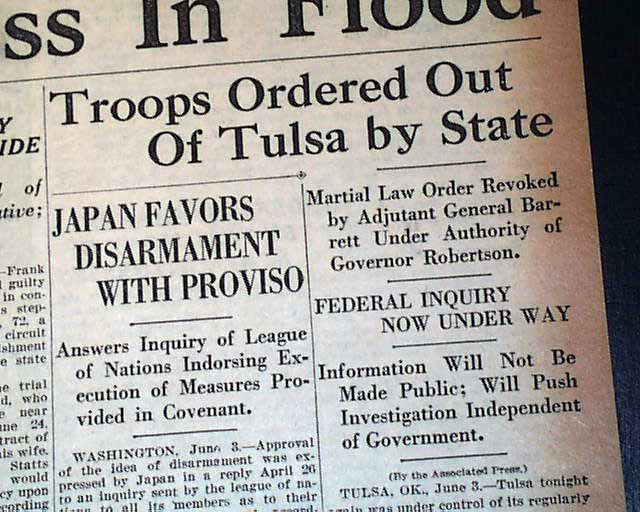 The front page has a two column heading: "Troops Ordered Out Of Tulsa by State"  with subheads. (see)
Complete with 8 pages, light toning and a little at the margins, a few small binding holes along the spine, generally good.