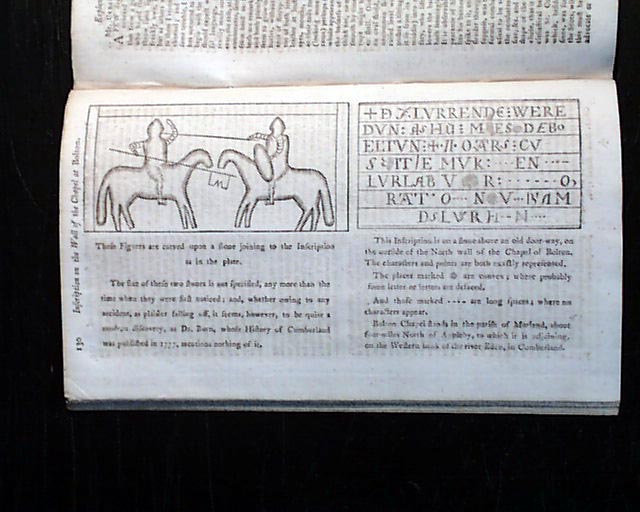 Item # 678241 THE GENTLEMAN'S MAGAZINE, London, March, 1780  A fine opportunity to purchase a magazine from during the Revolutionary War at a reasonable price, as there is very little American content in this issue. Just one report in the "Historical Chronicle" with two items: "There have been no material advices from America that can be rely'd on. A vague report...that two French ships...had been drove ashore between the Capes of Virginia, & that the loyalists had got possession of them..." and the other item: "...a violent commotion had happened in the city of Philadelphia which had obliged the Congress to seek for safety up the city. These events, if true, are of too great importance to remain unnoticed by government."
An interesting variety of European news of the day, political reports, literary items & other unusual tidbits, all providing a flavor of what the British were reading in the midst of the Revolutionary War in America.
Included is the full page plate called for, as well as another print within the text.
Complete in 52 pages, 5 1/4 by 8 1/4 inches, full title/contents page featuring an engraving of St. John's Gate, great condition.