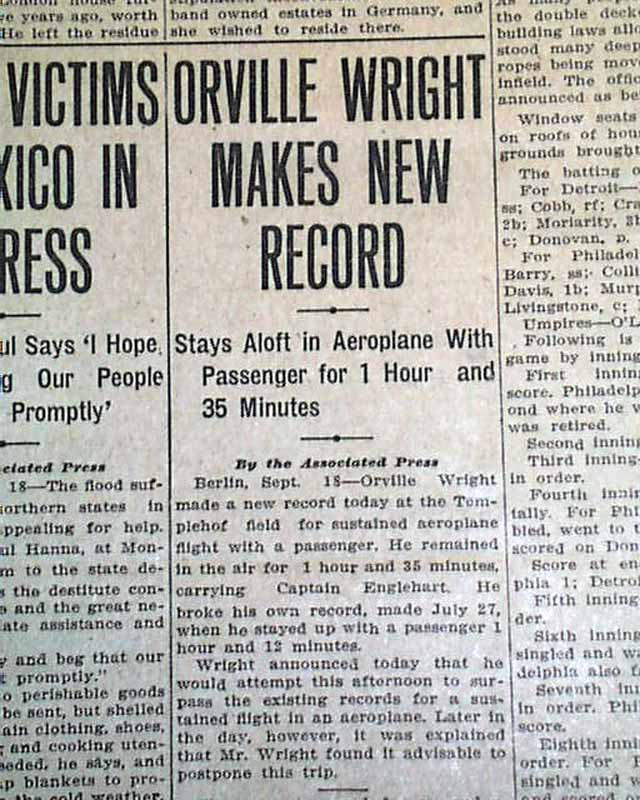 The front page has a one column heading: "ORVILLE WRIGHT MAKES NEW RECORD" with subhead. (see) Surprisingly this issue is in good condition being from the "wood pulp" era. Very hard to find issues that are not totally fragile from this era in paper.
Complete with 10 pages, small library stamps within the masthead, some small binding holes along the spine, generally very nice.

wikipedia notes: President Taft, his cabinet, plus members of Congress composed the audience of 10,000. Following the successful flights, the Wrights received from the army $25,000, plus $2500 for each mile per hour they exceeded 40 miles per hour. Orville and Katherine then traveled to Germany, where Orville made demonstration flights at Tempelhof in September 1909, including a flight with the Crown Prince of Germany as a passenger.