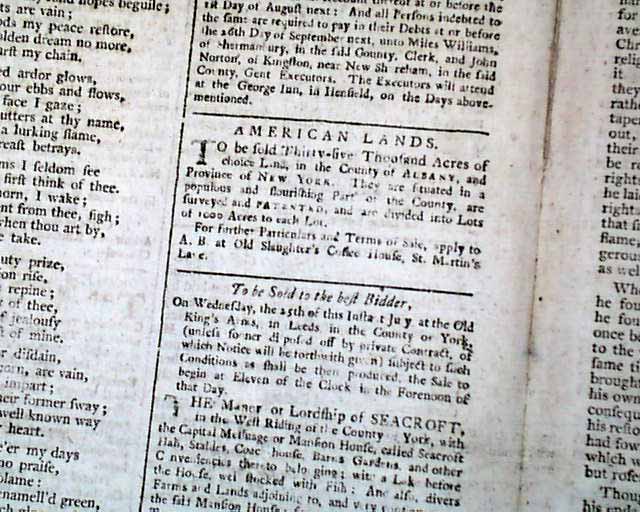 The more famous newspapers of this period from shortly before the outbreak of the Revolutionary War--and from the year of the Boston Massacre--with an inside page containing the ad as seen in the photo below, headed: "AMERICAN LANDS to be sold..."in Albany County, New York, with other details noted. Other news reports and advertisements of the day as well. Eight pages, some rubbing and wear at the folds with small piece torn away on the front page, otherwise generally good.