Home > Back to Search Results > An 1840 campaign newspaper... Quite rare...
Click image to enlarge 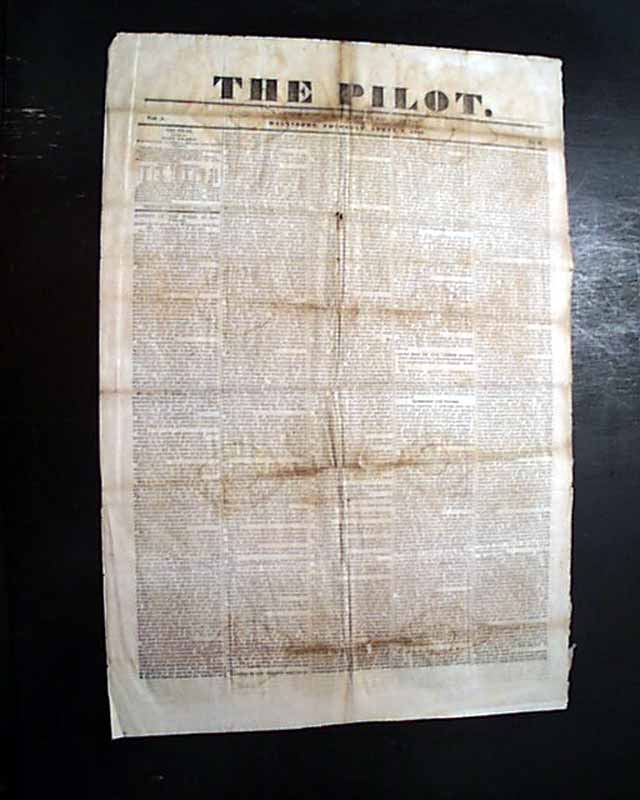 This is the volume 1, number 2 issue of a quite rare campaign newspaper in support of William Henry Harrison for President. In the time before radio, television & the internet short-lived newspapers supporting various candidates were among the very few channels for showing support for a candidate. This title lasted for less than a month. The Library of Congress has all issues & the Am. Antiquarian Society has but a single issue, not this date.
Four pages, never bound nor trimmed, several fold creases and various foxing & damp staining but no loss & otherwise good.