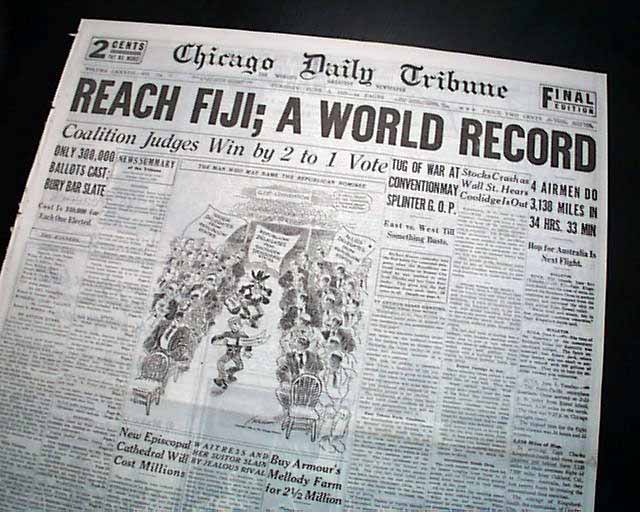 The front page has a nice banner headline: "REACH FIJI; A WORLD RECORD" with subheads. (see) Nice for display. Lengthy coverage continues on page 2 with related map. Three related photos are on the back page.
Complete with all 44 pages, this is the "rag edition" printed on very high quality newsprint meant for institutional holdings. In great condition as such.