Home > Back to Search Results > Battle at Queenston Heights during the War of 1812...
Click image to enlarge 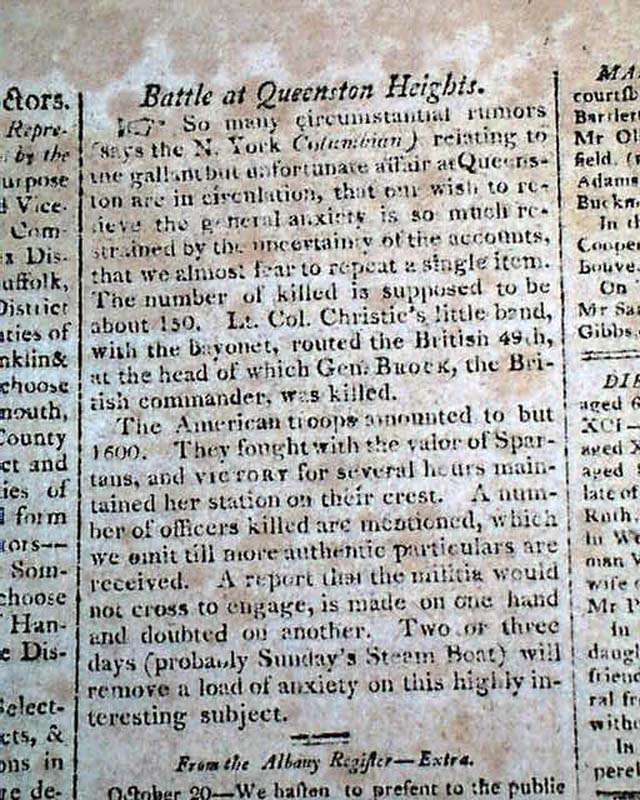 Battle at Queenston Heights during the War of 1812...

The front page has: "An Act To authorise the granting of Patents for Land, according to the surveys... and to grant...rights to certain Claimants of Land in the District of Detroit..., signed in type: James Madison.
Inside page reports include: "Battles At Queenston Heights" "which is the beginning of almost an entire column with War of 1812 reports.
Four pages, nice condition.