Home > Back to Search Results > Early newspaper from this famous beach community...
Click image to enlarge 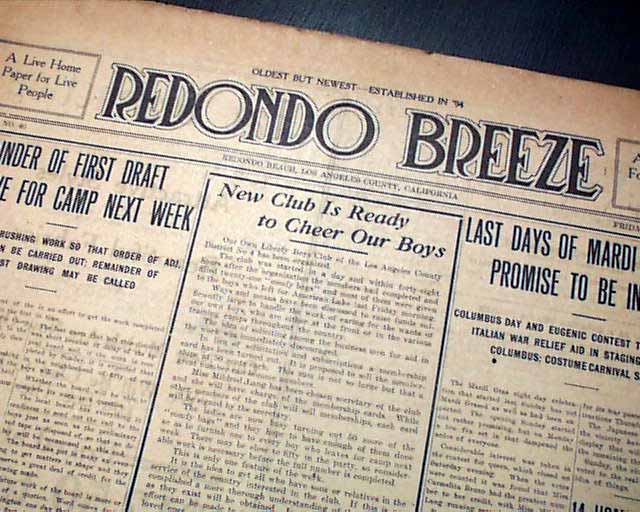 An early newspaper from one of the more famous beach communities in Los Angeles County. The popular television series "Baywatch" was filmed in Redondo Beach. Only one institution has any notable holdings of this newspaper.
A combination of local & national news, offering a  flavor of Southern California beach life during the pre "Roaring '20's".
A complete 6 page issue, cleanly cut at the spine, light toning and a few minor tears at the margins, generally in good condition.