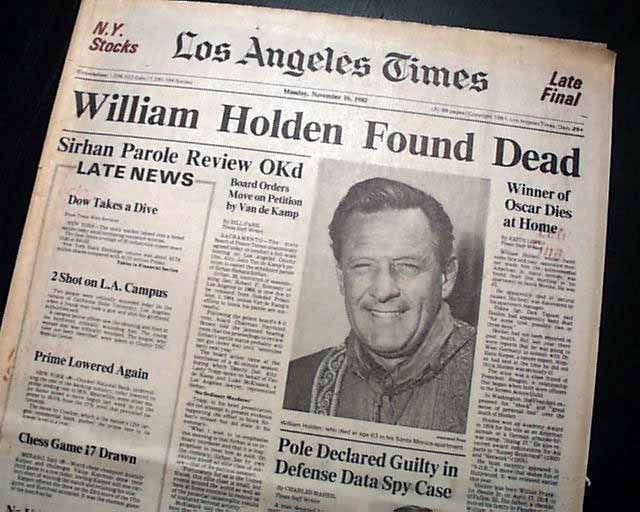 The front page has a nice banner headline: "William Holden Found dead" with subhead and three related photos. (see) Nice for display. Great to have this report in a newspaper from the capital of the entertainment industry. He died in nearby Santa Monica.
The complete first section with pages 1-26, nice condition.