Home > Back to Search Results > A failed slave insurrection in Virginia...
Click image to enlarge 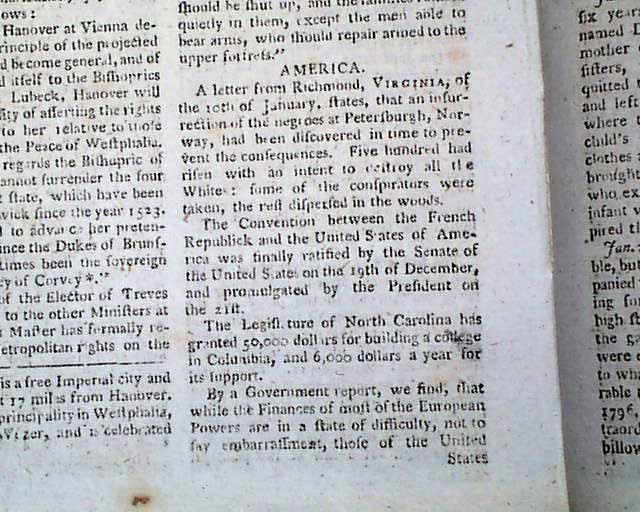 A failed slave insurrection in Virginia...

Item # 677880
THE GENTLEMAN'S MAGAZINE, London, February, 1802  Among the news reports near the back under "America" is a report which tells of a quelched slave revolt in Virginia which is related to the more famous Gabriel's Conspiracy of 1800. It reads: "A letter from Richmond, Virginia...states that an insurrection of the negroes at Petersburgh, Norway, had been discover in time to prevent the consequences. Five hundred had risen with an intent to destroy all the Whites; some of the conspirators were taken, the rest dispersed in the woods."
This is followed by several other reports from America.
Both full page plates called for are present.
Complete in 96 pages, full title/contents page with an engraving of St. John's Gate, 5 by 8 1/4 inches, very nice condition.