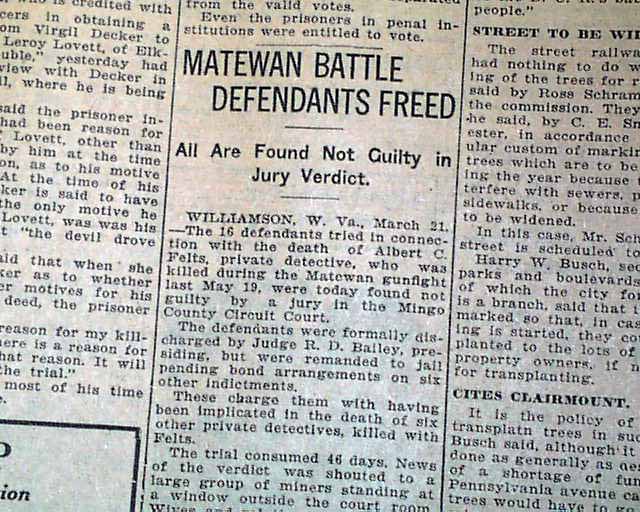 * Sid Hatfield & others not guilty
* Battle of Matewan WV fame

Near the bottom of the front page is a one column heading: "Matewan Battle Defendants Freed" with subhead. (see) First report coverage on the acquittal of William Sidney 'Sid' Hatfield, police chief of Matewan, and others in West Virginia. He would be killed in a shootout later that year. His name is not mentioned here.
Complete with all 30 pages, light toning and a little wear at the margins, close cut along the right margin, should be handled with care.