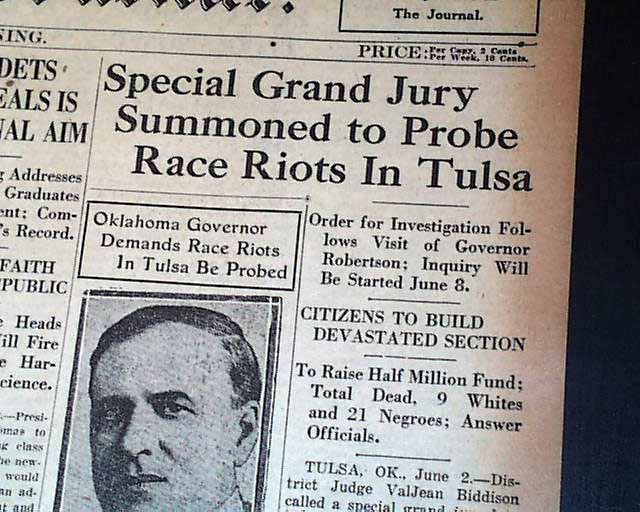 The to of the front page has a two column headline: "Special Grand Jury Summoned to Probe Race Riots In Tulsa"  with subheads. (see)
Complete with 8 pages, light toning at the margins, a little wear at the top right margin, a few small binding holes along the spine, generally nice.