Home > Back to Search Results > Dealing with the British living in America...
Click image to enlarge 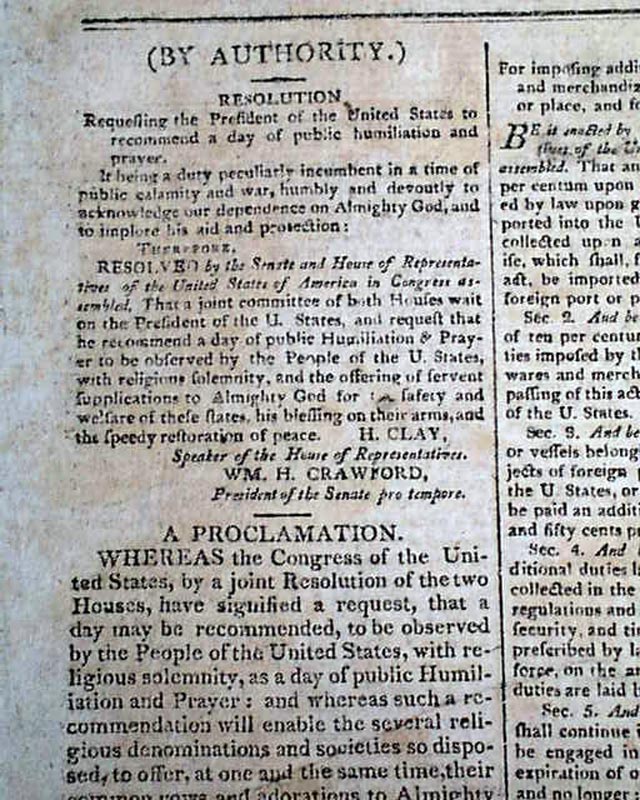 Dealing with the British living in America...


INDEPENDENT CHRONICLE, Boston, July 20, 1812  Two columns of the front page are taken up with: "A Proclamation" for a day of Thanksgiving in support of the war, signed: James Madison. As well as four Acts of Congress each signed by Madison, one: "For the More Perfect Organization of the Army of the United States".
Also within: "Federal Recommendation of the War" "Frontier News" "and page 3 has 3 documents concerning British living in America, one a: "Notice to British Subjects" and: "An Act Supplementary of hate Act entitled 'An Act Respecting Alien Enemies' "and the other beginning: "All British subjects within the United States are required forthwith to report to the marshals...of the respective states...within which they may reside..." with more detail.
Four pages, nice condition.