Home > Back to Search Results > A very early newspaper from Los Angeles...
Click image to enlarge 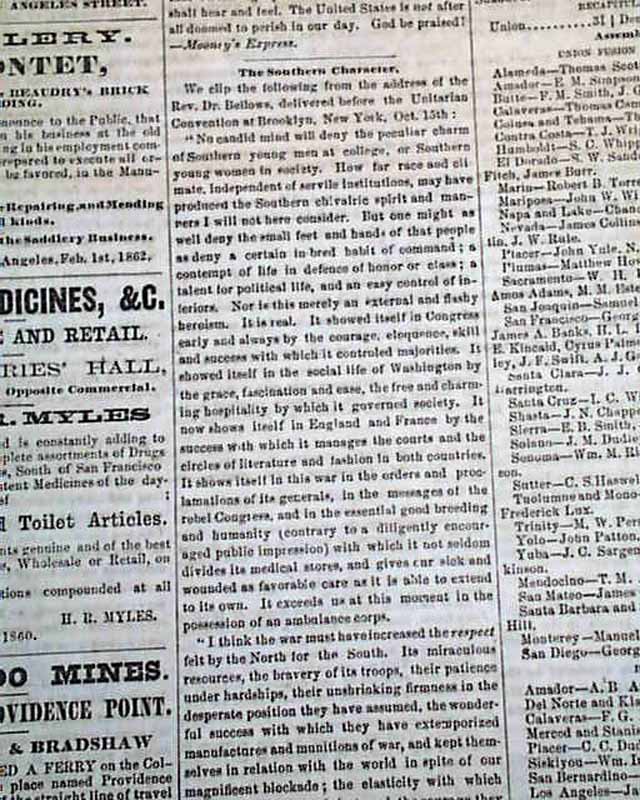 One of the earliest Los Angeles newspapers we have offered, and from the Civil War no less. At this time the population of Los Angeles was less than 5,000.
Articles include: "The Southern Character" "The Policy of the War" "Gov. Morehead's Speech--How the President Receives Delegations" has much on Lincoln; "Lynch Law in Washington Territory--Dreadful Tragedy" and more.
Four pages, good condition.