Home > Back to Search Results > England and the U.S. formally exchange the ratified Jay Treaty...
Click image to enlarge 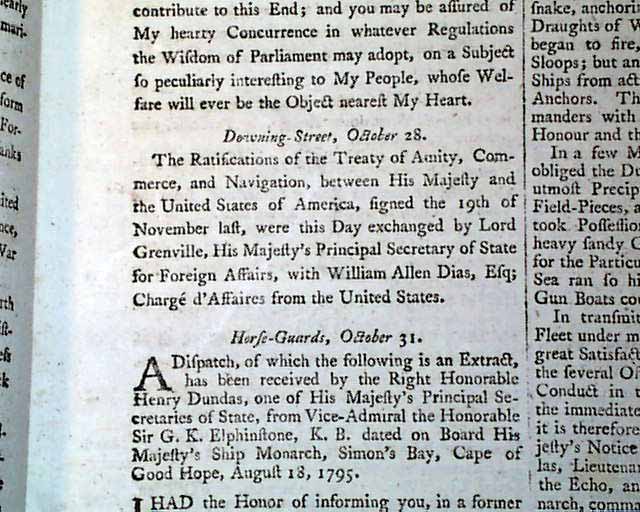 England and the U.S. formally exchange the ratified Jay Treaty...

Page 3 has a report of the formal exchange of the recently ratified Jay Treaty by the two Secretaries of State.
Datelined at Downing St., it notes: "The Ratifications of the Treaty of Amity, Commerce, and Navigation between His Majesty and the United States of America, signed the 19th of November last, were this day exchanged by Lord Grenville, His Majesty's principal Secretary of State for Foreign Affairs, with William Allen Dias, Esq., charge d'Affairs from the United States."
Great to have this in a British newspaper, as more commonly found in an American title.
Complete fun 16 pages, 7 by 11 1/4 inches, good condition.