Home > Back to Search Results > Women win the right to vote... 19th Amendment is ratified...
Click image to enlarge 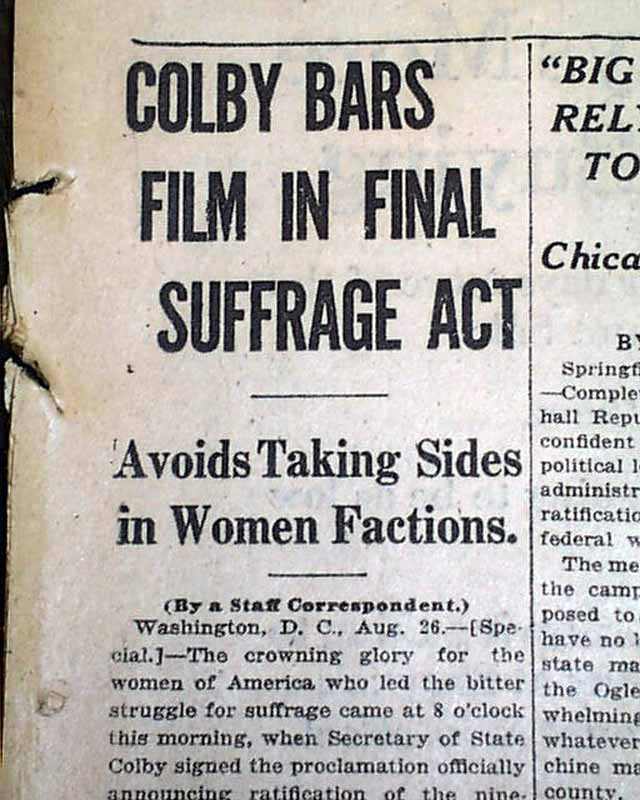 Women win the right to vote... 19th Amendment is ratified...

This issue contains first report coverage on the ratification of the 19th Amendment to the Constitution. The amendment was approved by Congress in 1919 and when Tennessee became the required 36th state to ratify, it became the law of the land. Over 3 decades of work by women's organizations had come to a happy end.
The front page has a one column heading: "COLBY BARS FILM IN FINAL SUFFRAGE ACT" with subhead. (see) First report coverage continues on page 10. Always nice to have notable events in history reported in this World famous publication.
Complete with 18 pages, light toning and a little wear at the margins, generally in good condition.