Home > Man on the moon... In a Florida newspaper...
Click image to enlarge 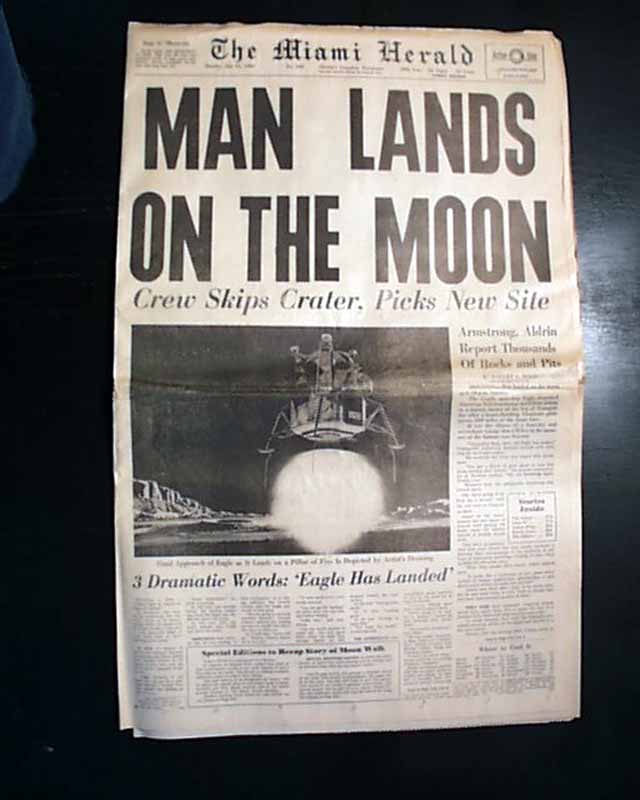 Man on the moon... In a Florida newspaper...


THE MIAMI HERALD, Florida, July 21, 1969  Neil Armstrong's step onto the moon's surface created one of the most historic front pages of the 20th century. This newspaper suitably noted the achievement with a huge & bold two-line banner head proclaiming: "MAN LANDS ON THE MOON"
Among the subheads on the front page are: "Crew Skips Crater, Picks New Site" "Armstrong, Aldrin Report Thousands Of Rocks and Pits" and "3 Dramatic Words: 'Eagle Has Landed' ".
In just 66 years achievements in aviation took man from his first, several hundred yard journey at Kitty Hawk to landing on the moon.
Complete 1st section with pages 1-32, good condition. Plus, having this report in a Florida newspaper is a bonus--home to the launch pad which sent the 3 astronauts on their journey.