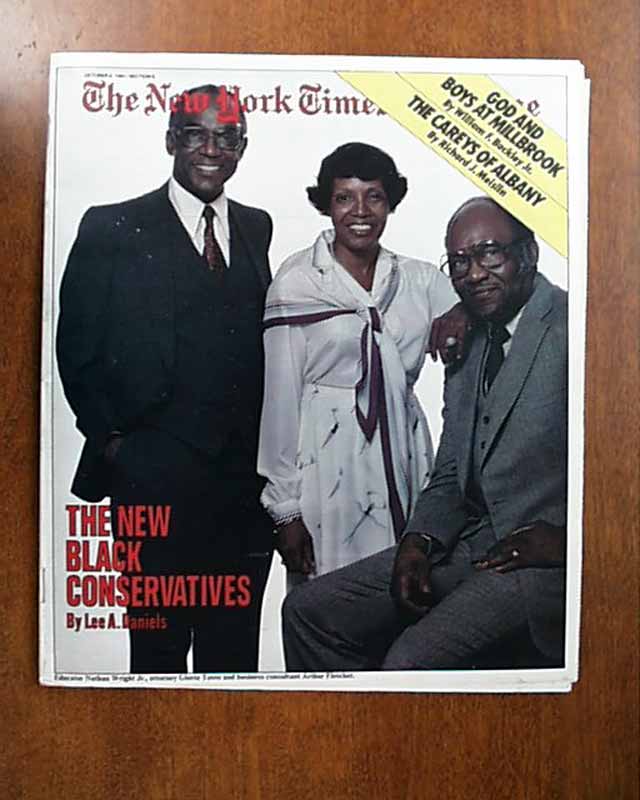 * The New Black Conservatives
* Cuba trains up next generation of Marxist

This front page has an image of Nathan Wright Jr, Gloria Toote and Arthur Fletcher with the caption: "THE NEW BLACK CONSERVATIVES". Page 20 begins a 4 page article stating in part, "the Republicans are in a tremendous position to make inroads among the black electorate. The big question is: Are they going to do anything about it?" . There are many accompanying images capturing the faces of these "New Black Conservatives".
Additionally, page 34 begins a 4 page article covering: "CUBA'S SCHOOL FOR EXPORTING MARXISM", describing  how "Since 1977, some 2600 children from Cuba, Africa and Central America have been brought to a Cuban island for a controversial work-and-study program that is a mixture of general education and Marxist indoctrination."
This Magazine Section is in good condition and complete in 110 pages.