Home > Back to Search Results > Frigate "United States" to be launched, or maybe not...
Click image to enlarge 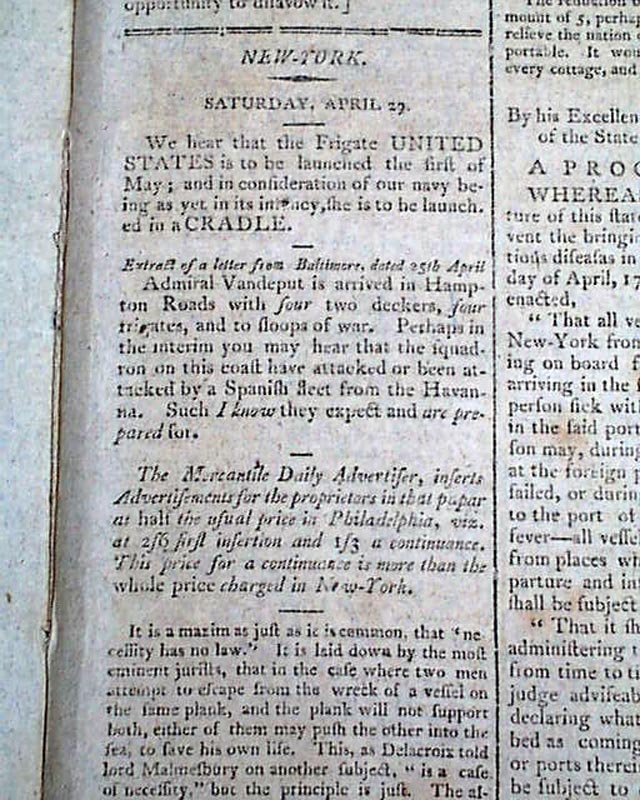 Frigate "United States" to be launched, or maybe not...

Page 3 has a brief yet historic report reading: "We hear that the frigate UNITED STATES is to be launched the first of May, and in consideration of our navy being as yet in its infancy, she is to be launched in a cradle."
Curiously, further on the same page is a report noting: "The frigate United States will not be launched on the 1st May as stated in a former paper. Her launch is postponed to an indefinite day."
Page 3 also has a lengthy: "Proclamation" signed in type by the governor of New York, John Jay. Jay was the 2nd governor of New York, and was the first Chief Justice of the Supreme Court just prior to his term as governor.
Four pages, very nice condition.