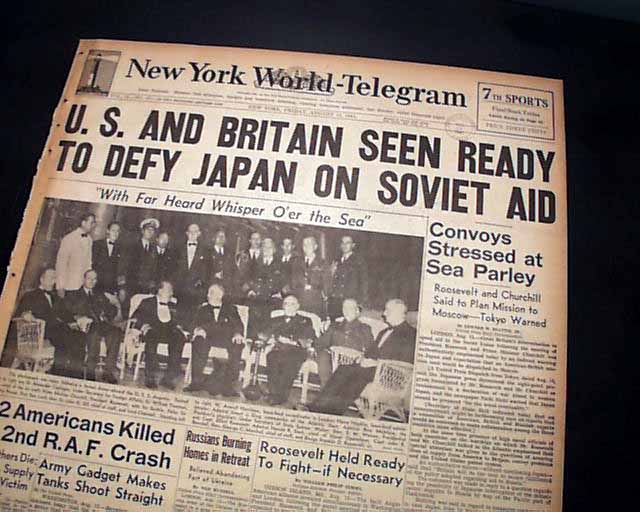 The front page has a nice banner headline: "U. S. AND BRITAIN SEEN READY TO DEFY JAPAN ON SOVIET AID" with subheads and great photo onboard the USS Augusta. (see) First report coverage on the famous meeting at sea between Winston Churchill and FDR which issued a joint declaration called the "Atlantic Charter". Nice for display.
Complete with 26 pages, light toning and a little wear at the margins, small library stamp near the top, generally nice.