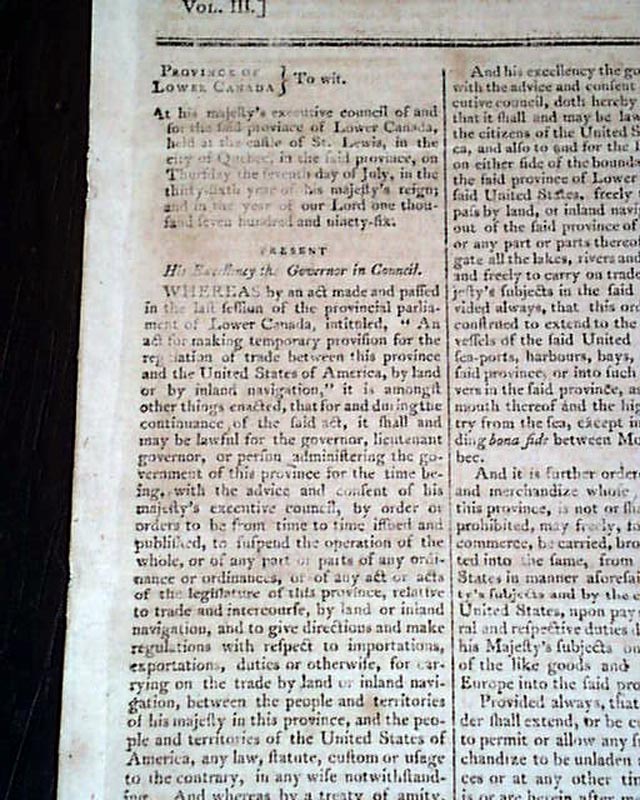 Taking all of the front page is a detailed report from the province of Lower Canada, concerning trade with the United States.
Among the many notices is one concerning the purchase of land lying in the "Triangle" in the northwest corner of Pennsylvania by the Pennsylvania Population Company. The notice is signed in type by four managers, including an Aaron Burr.
Of notable significance is a brief but historical report about the ratification of  Pinckney's Treaty that reads, in full: "The treaty of friendship, limits and navigation, concluded between the United States and Spain, on the 27th of October, 1795, was ratified by the King of Spain on the 26th of April last--and the ratification received at the office of the secretary of State on Saturday last." This treaty, also known as the Treaty of San Lorenzo or the Treaty of Madrid, defined the boundaries between the United States and the Spanish colonies, and guaranteed the navigation rights of the United States on the Mississippi River.
Four pages, very nice condition.