Home > Back to Search Results > On the future development of New York City...
Click image to enlarge 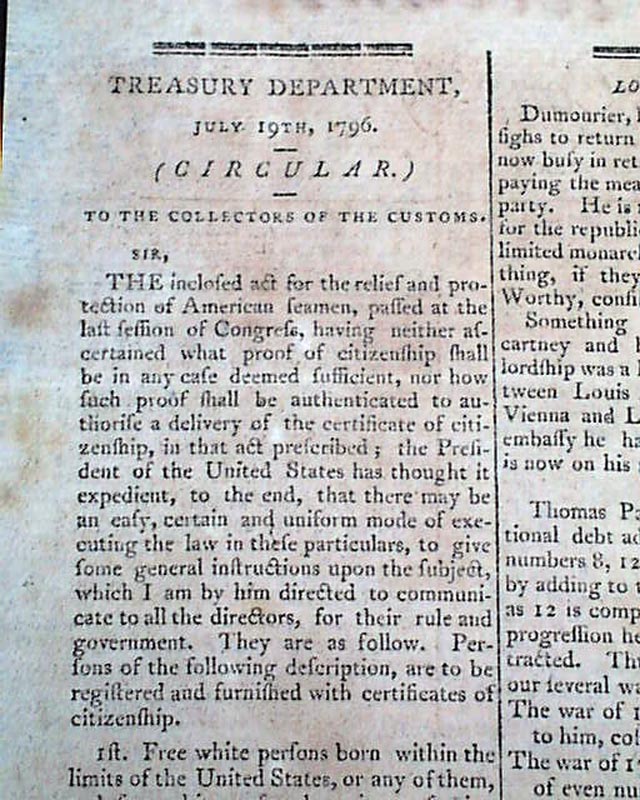 On the future development of New York City...

Page 3 has a letter dated Fort Ontario: "...from the officer commanding the Federal troops sent to take possession of the post at Oswego...".
Another interesting report talks of the economic advantages of New York City and its development, one bit noting: "...New York is destined to be as large as Paris or London, and as the present plan of building resembles much of the old Gothic cast of narrow streets and alleys..." with more concerning the possibility of the yellow fever being a problem.
Page 3 has much on the Napoleonic War with two documents signed: Buonaparte. A "Treasury Department Circular" concerns the relief & protection of American seamen taking a full column.
Four pages, very nice condition.