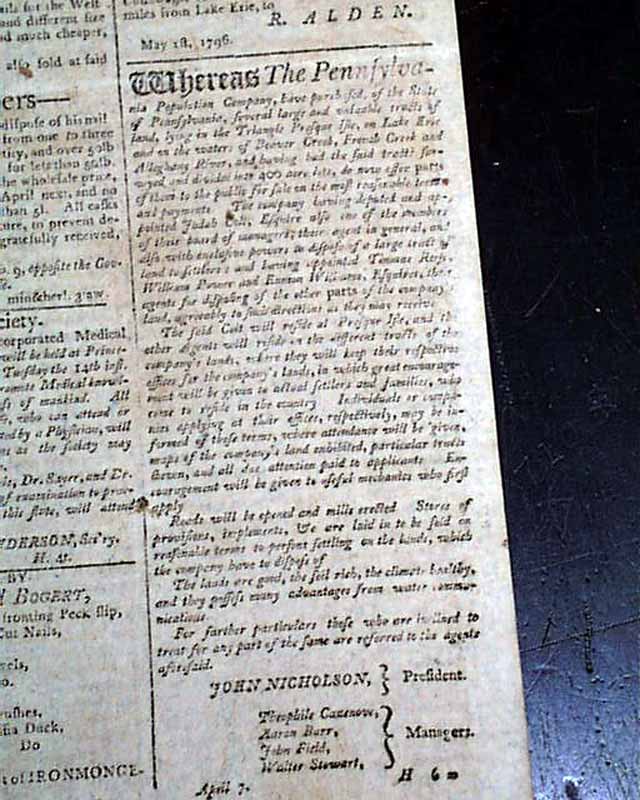 The back page is mostly taken up with three Acts of Congress, each one signed in type by the President: Go. Washington.
The most notable and the lengthiest--taking half of the page--is: "An Act to Ascertain and Fix the Military Establishment of the United States".
Page 3 has a bit headed: "John Paul Jones" concerning passing on to heirs the 5867 acres of land he owned in the Northwest Territory. He died 4 years previous.
Four pages, very nice condition.