Home > Back to Search Results > !854 Treaty of Kanagawa... Japan...
Click image to enlarge 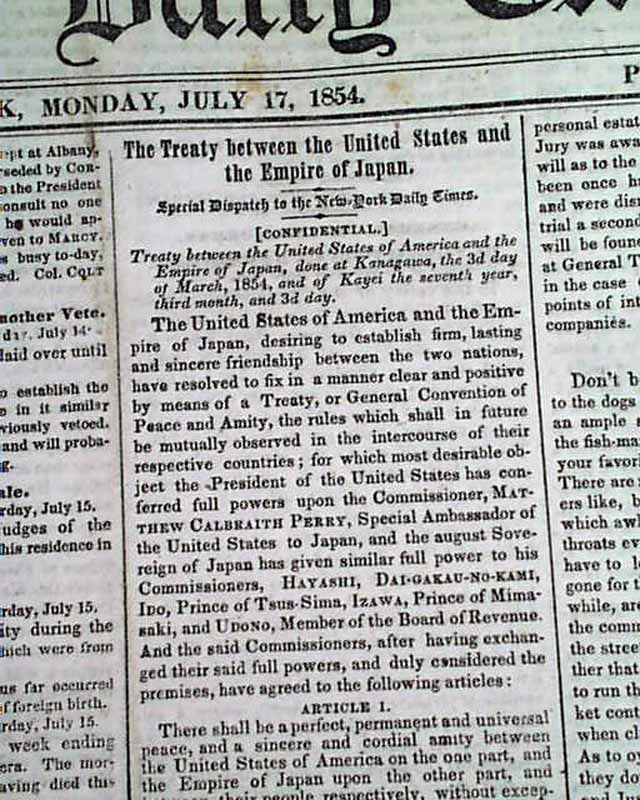 * Convention of Kanagawa Treaty
* Japan-US Treaty of Peace and Amity

The front page has one column headings that include: "From Washington" "The Japan Treaty Ratified" "The Treaty between the United States and the Empire of Japan" (see)
Complete with 8 pages, light foxing, generally nice.