Home > Back to Search Results > Senate has problems with the Jay Treaty...
Click image to enlarge 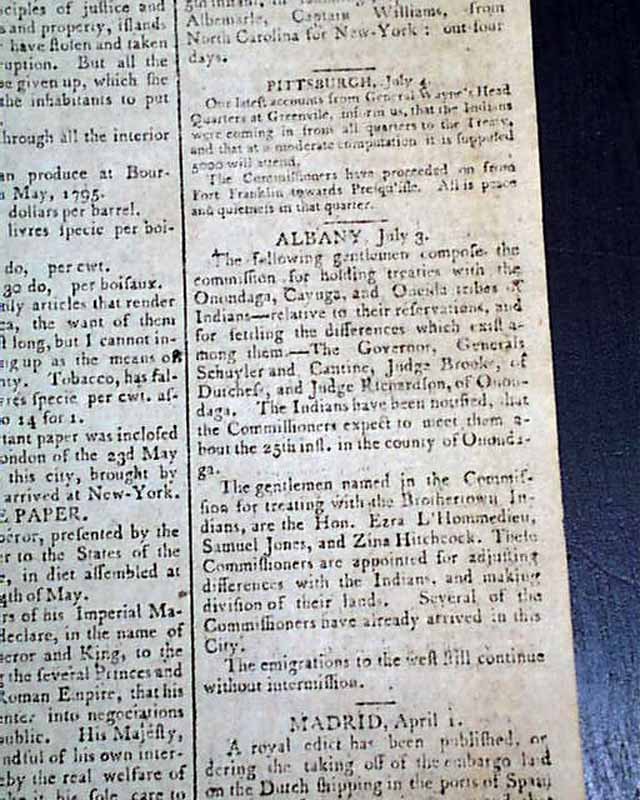 Senate has problems with the Jay Treaty...


THE HERALD; A GAZETTE FOR THE COUNTRY, New York, July 15 1795  Page 3 has a report from "Pittsburgh" noting in part: "...accounts from General Wayne's head quarters any Greenville inform us that the Indians were coming in from all quarters to the Treaty...". This is followed by a report from Albany concerning the Indians.
The back page has: "More About the Treaty" being a list of 7 reason why the Senate will not consent to ratifying the controversial Jay Treaty.
Four pages, very nice condition.