Home > Back to Search Results > Mention of Ben Franklin...
Click image to enlarge 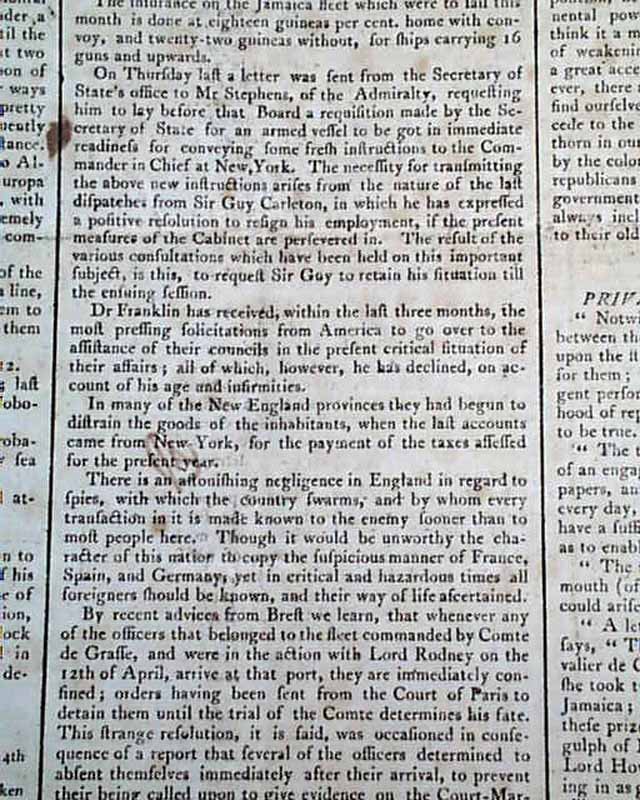 Page 2 has amongst the news reports: "...a requisition made by the Secretary of State for an armed vessel to be got in immediate readiness for conveying some fresh instructions to the Commander in Chief at New York...Dr. Franklin has received...the most pressing solicitations from America to go over two the assistance of their councils in the present critical situation of their affairs; all of which, however, he has declined, in account of his age and infirmities. In many of the New-England provinces they had begun to distrain the goods of the inhabitants when the last accounts came from New York, for the payment of the taxes assessed for the present year...".
Four pages, folio size, publisher's notations on the advertisements, minor margin wear, good condition.