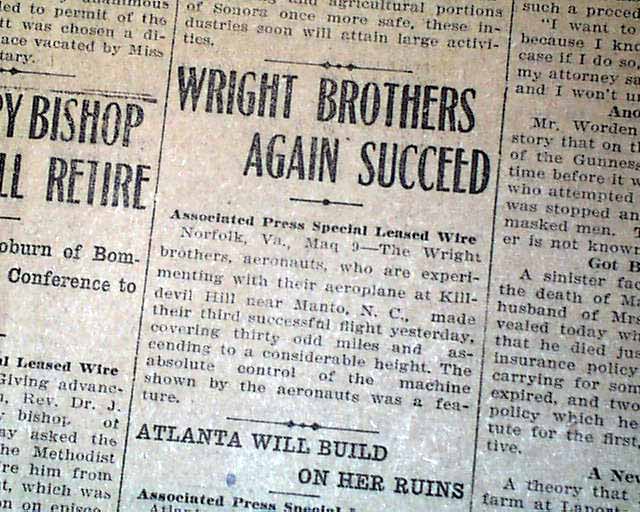 The front page is a one column heading: "WRIGHT BROTHERS AGAIN SUCCEED" (see) Surprisingly this issue is in good condition being from the "wood pulp" era. Very hard to find issues that are not totally fragile from this era in paper.
Complete with 8 pages, irregular along the spine, small library stamp within the masthead, generally nice.

wikipedia notes: In May of 1908 they went back to Kitty Hawk with their 1905 Flyer to practice for their contracted demonstration flights. Their privacy was lost when several correspondents arrived on the scene. The brothers contracts required them to fly with a passenger, so they modified the 1905 Flyer by installing two upright seats with dual control levers. Charlie Furnas, a mechanic from Dayton, became the first fixed-wing aircraft passenger on separate flights with both brothers