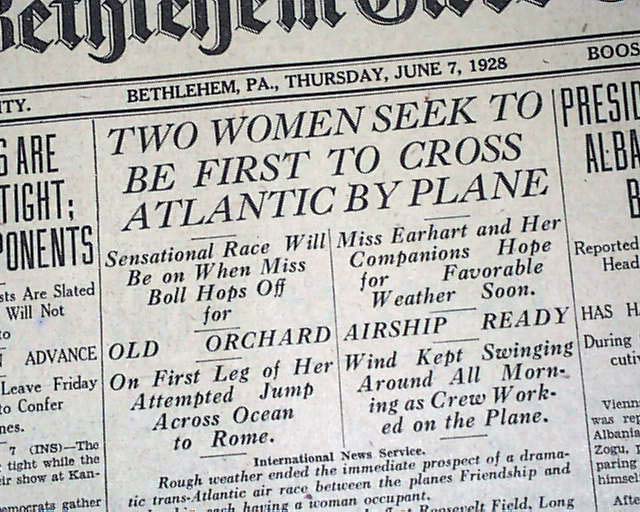 Less than 13 months after Charles Lindbergh's heralded accomplishment, Amelia Earhart became the first woman to achieve the feat. The top of the front page has a two column headline: "TWO WOMEN SEEKS TO BE FIRST TO CROSS ATLANTIC BY PLANE" with subheads. (see) Weather would delay her from finishing the journey for more than a week.
Other news, sports and advertisements of the day. Complete in 26 pages, light toning, a few binding slits along the spine, generally nice.