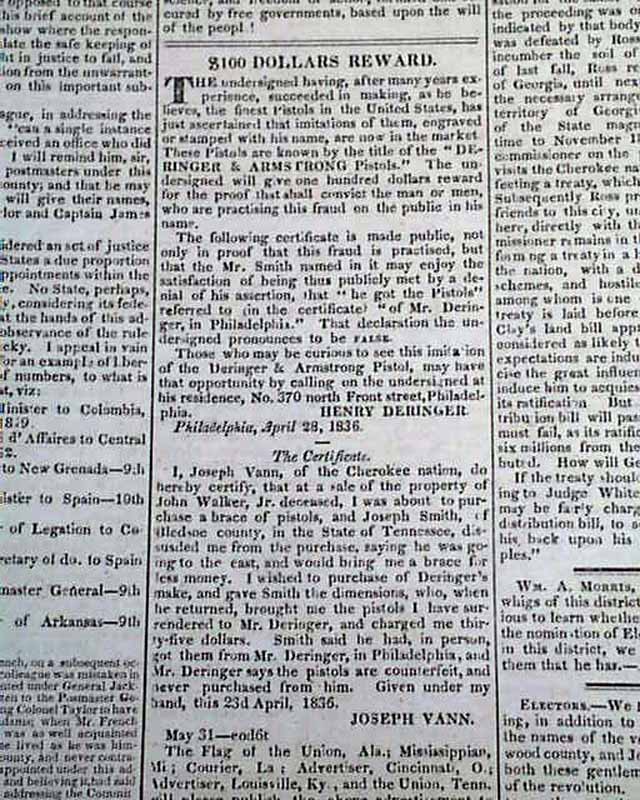 Page 2 has an interesting "$100 Dollars Reward" advertisement, signed in type by noted gunsmith Henry Deringer. The ad is focused on the sale of counterfeit Deringer pistols.
Deringer never claimed a patent for his pistols so consequently there was widespread copying of his designs, included outright counterfeiting with his proofmarks being copied. Some of Deringer's workmen also left the company to set up their own duplicates, whilst others copied his pistols as closely as possible with some even putting on its Deringer name and trademark. Deringer fought these infringements for most of his business life. The Deringer vs. Plate ruling, in which the California Supreme Court ruled in the company's favor, became a landmark in trademark law.
Four pages, a bit irregular at the blank spine, good condition. 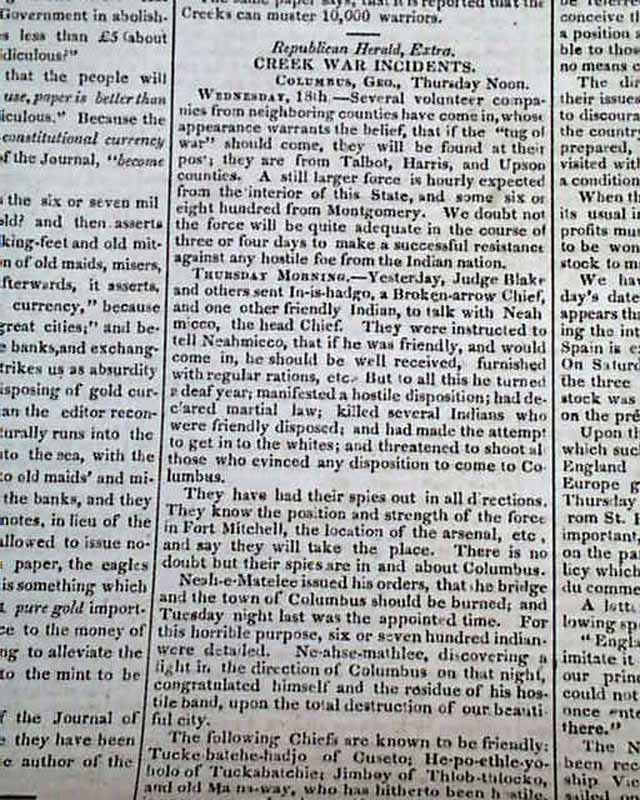 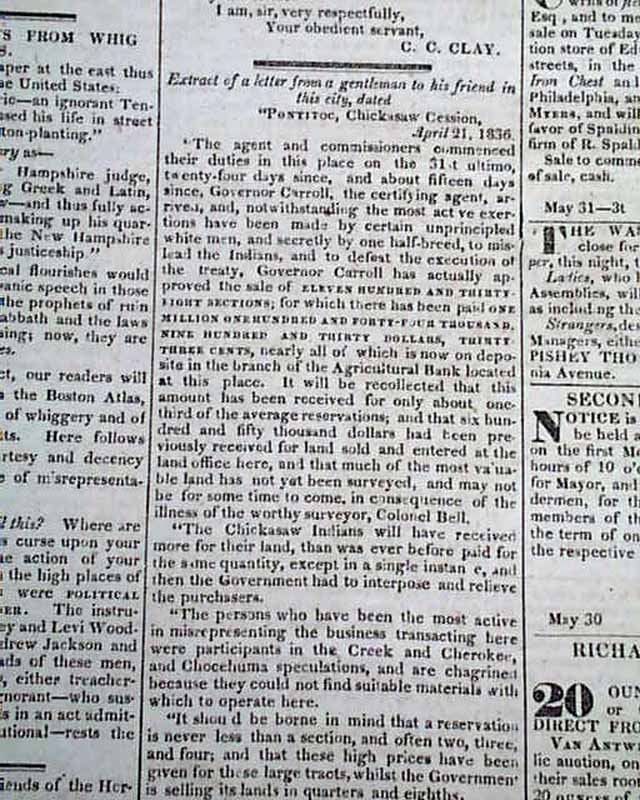 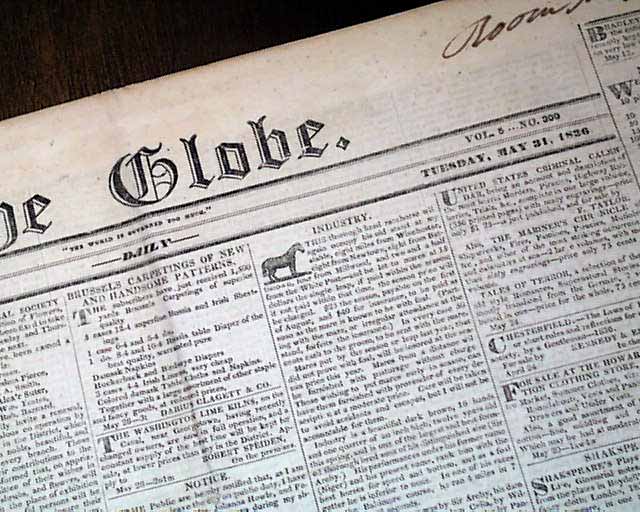 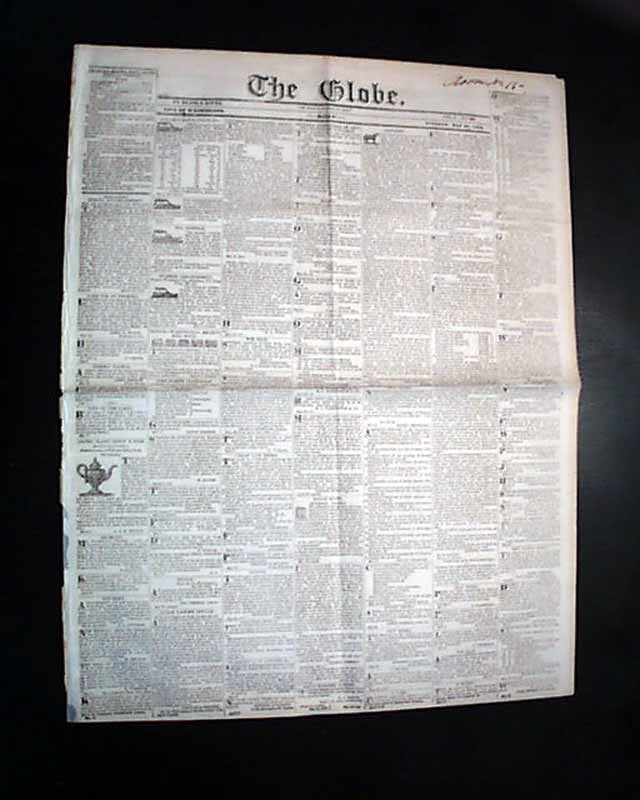