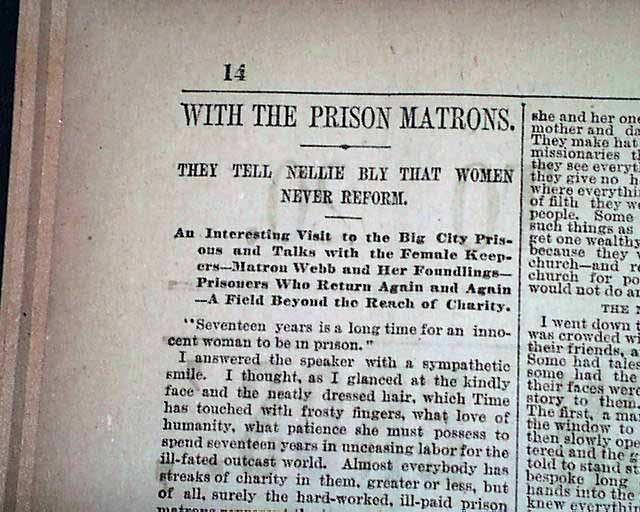 Nellie Bly is perhaps most famous for her trip around the world, which turned the fictional work by Jules Vernes' "Around the World in Eighty Days" into fact for the first time.
But there were various other projects which consumed her journalistic career, perhaps most notably her undercover work in exposing the poor treatment of patients at the Blackwell Island asylum for the insane.
This issue reports on page 14 her work at some big city Women prison and their female wardens. The article is headed: "WITH THE PRISON MATRONS" "They Tell Nellie Bly That Women Never Reform" and more. The lengthy article article is signed at its conclusion: Nellie Bly.
Since Nellie Bly was a reporter for "The World" this would be the only newspaper in which this report would be found.
Complete in 34 pages, light browning, minor margin wear with many small tears, partially loose at the spine, good condition. Should be handled with care.