Home > Back to Search Results > A "Boomer" newspaper with a fascinating history...
Click image to enlarge 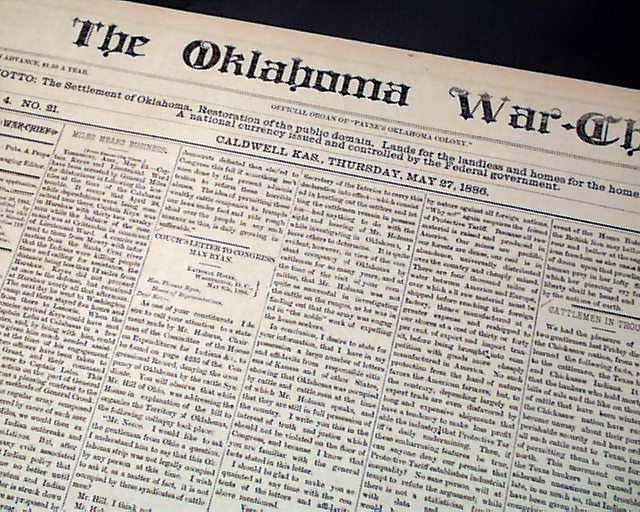 A "Boomer" newspaper with a fascinating history...

An interesting newspaper with a fascinating history.
This newspaper was first published by the Oklahoma Boomer Movement to agitate for the opening of the unassigned lands in the Indian Territory to homesteading.
The paper was first published at Wichita, Kansas, in 1883, and after several moves to towns along Kansas's southern border the publisher moved the printing press to Rock Falls in the Indian Territory in 1884 despite prohibitions of printing a newspaper in the Cherokee Strip.
The U.S. Army arrested the colonists and confiscated the press. The "boomers" bought a new press and continued publishing the Oklahoma War-Chief at South Haven, Kansas, and in 1885 at Arkansas City, Kansas. In June 1885 another publisher bought the paper & it was published at Caldwell, Kansas. The paper ceased to exist in August, 1886.

Four pages, archival strengthening at the spine, nice condition. This is a somewhat fragile issue and should be handled carefully. 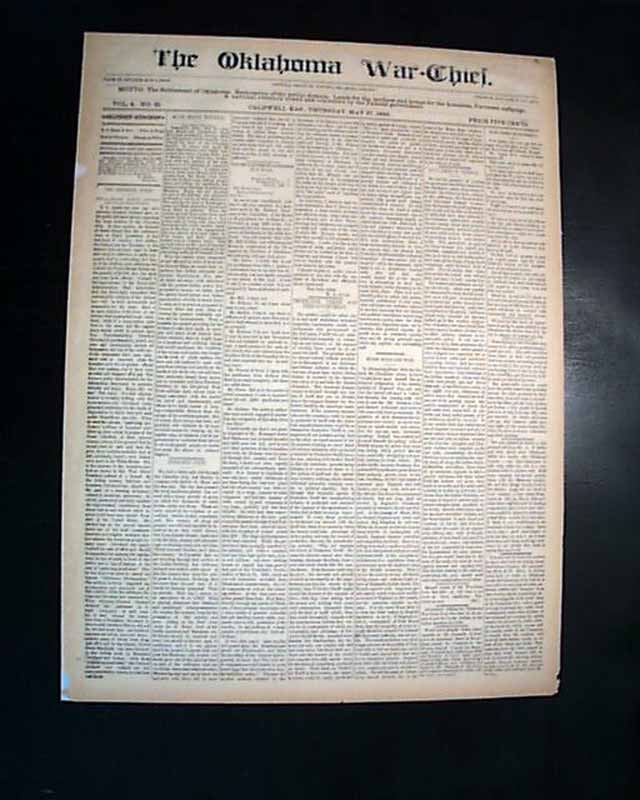