Home > Back to Search Results > Napoleon Buonaparte is re-interred at Paris...
Click image to enlarge 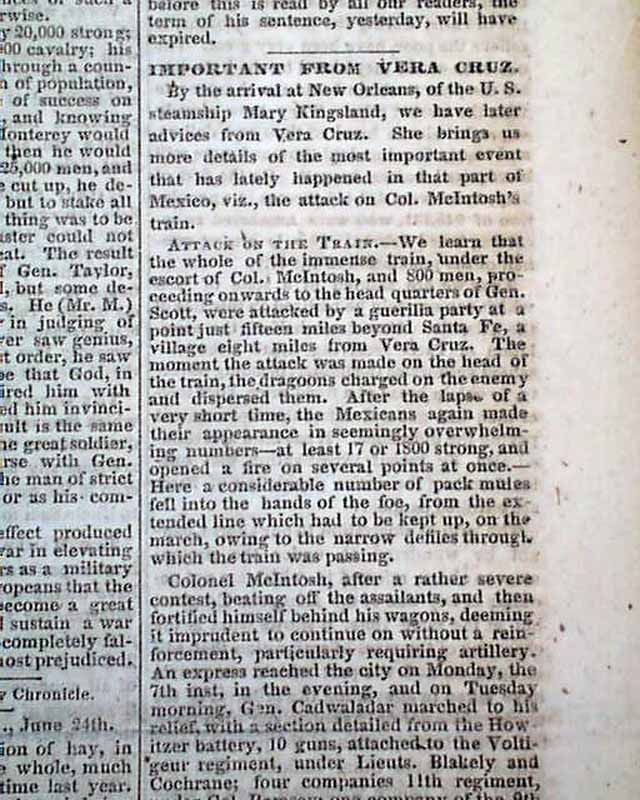 Napoleon Buonaparte is re-interred at Paris...


THE DAILY CHRONICLE, Philadelphia, June 26, 1847  The front page has reports from the Mexican War headed: "Important From Vera Cruz" which has a subhead: "Texan Rangers". More reporrts on the Mexican War on page 2.
But the prime feature of this issue is the uncommonly large back page print headed: "Napoleon IN His Coffin at St. Helena, Surrounded By His Generals. When being disinterred to be carried back to France and Buried."
Napoleon was originally buried at St. Helena, but in 1840 he was disinterred and buried at the Hôtel des Invalides in Paris.
Four pages, rejoined at the spine, very nice condition. 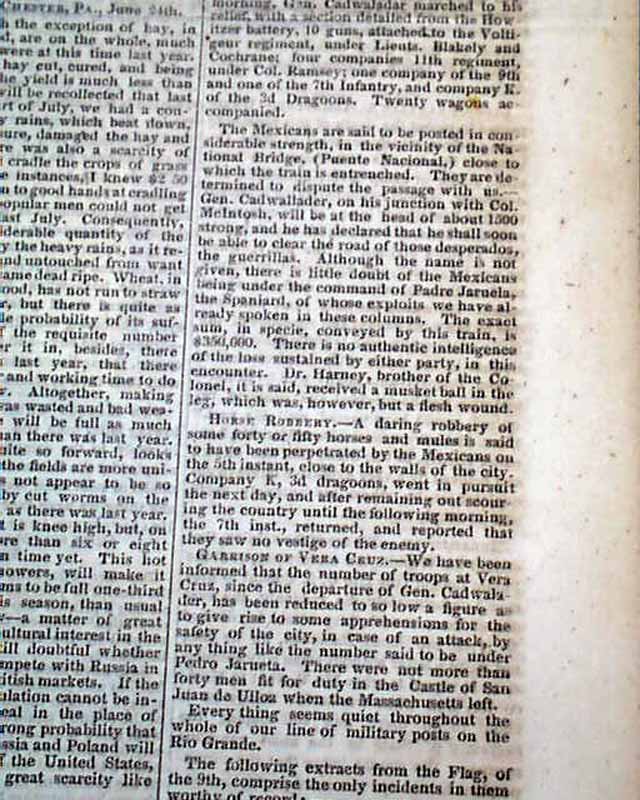 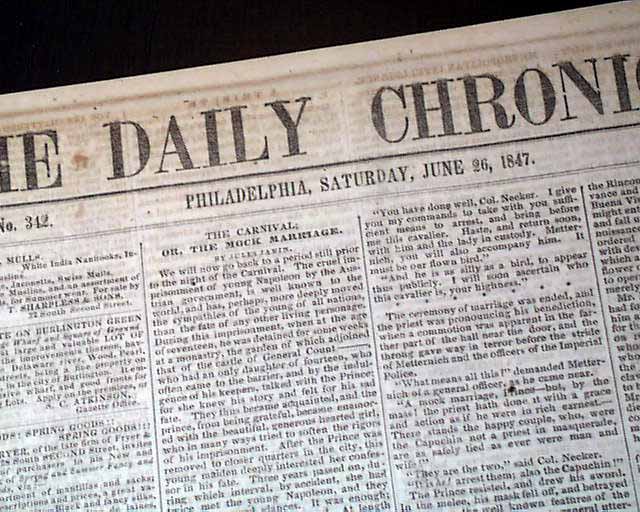 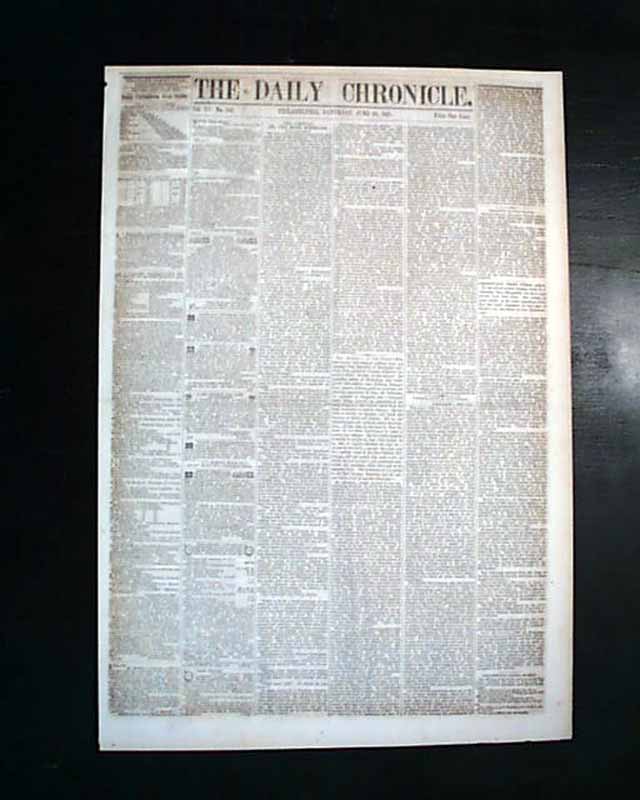 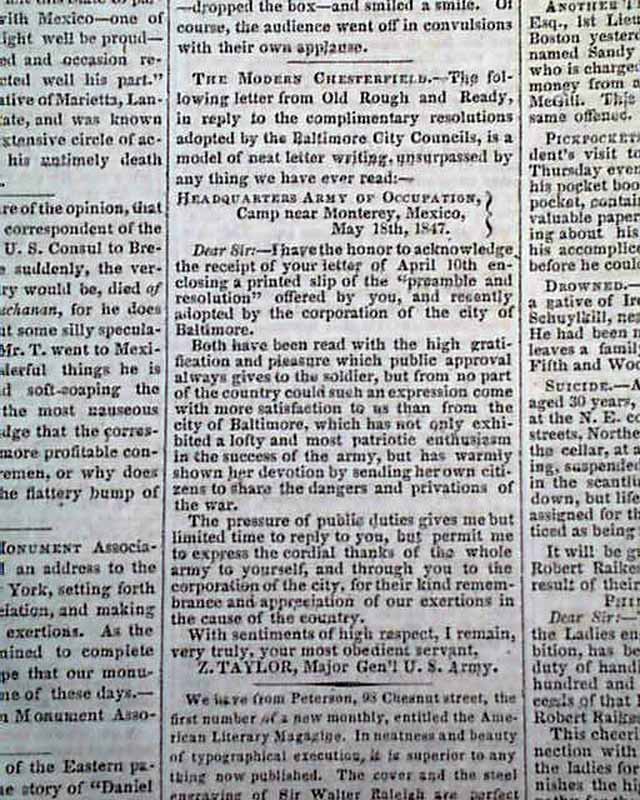