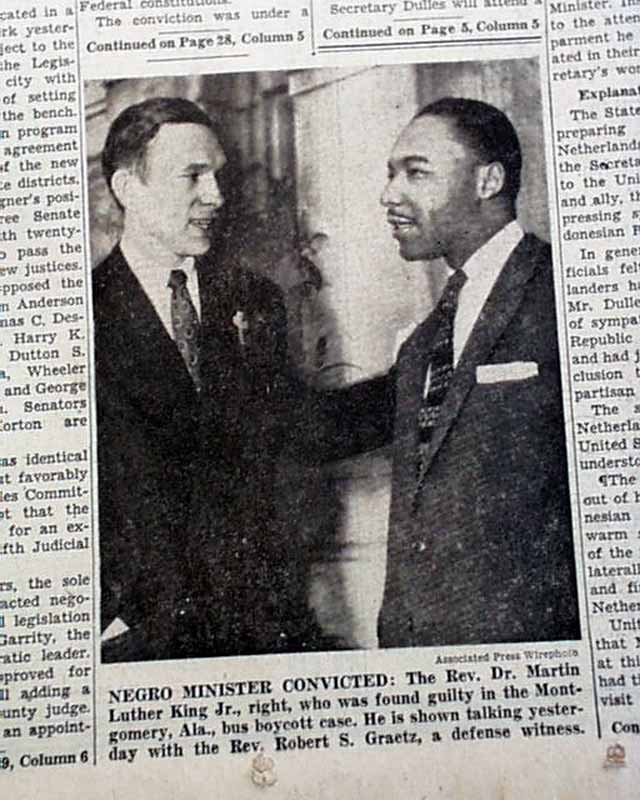 The Montgomery bus boycott was probably the first major political and social protest campaign against racial segregation in America, particularly in the South. Martin Luther King Jr. was only 26 years old and considered the leader of this campaign. It was his eventual arrest and guilty verdict that pushed him into the national spotlight. The front page of this issue has the report of this event with a two column heading: "Negro Minister Convicted In Alabama Bus Boycott" with photo. (see) A significant issue in the early stages of the Civil Rights movement. Because the fact that King was not known nationally at the time, there was no reason for this newspaper date to have been kept, making it rare as such. Nice to have in this World famous publication.
First section only with 28 pages, small piece torn away along the top margin, light toning at the central fold and margin with minor wear, otherwise good. 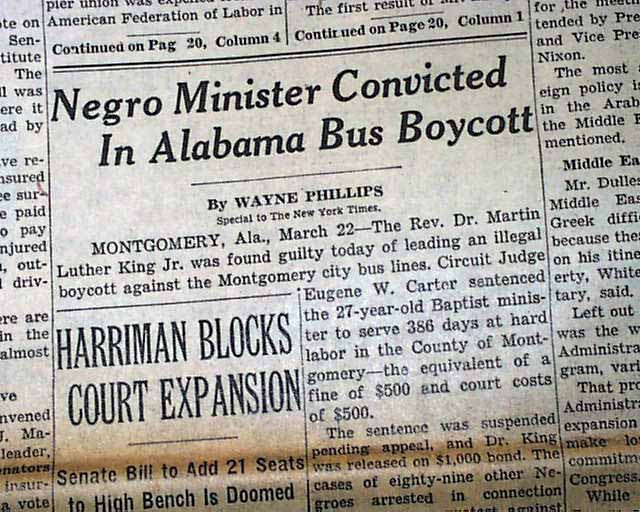 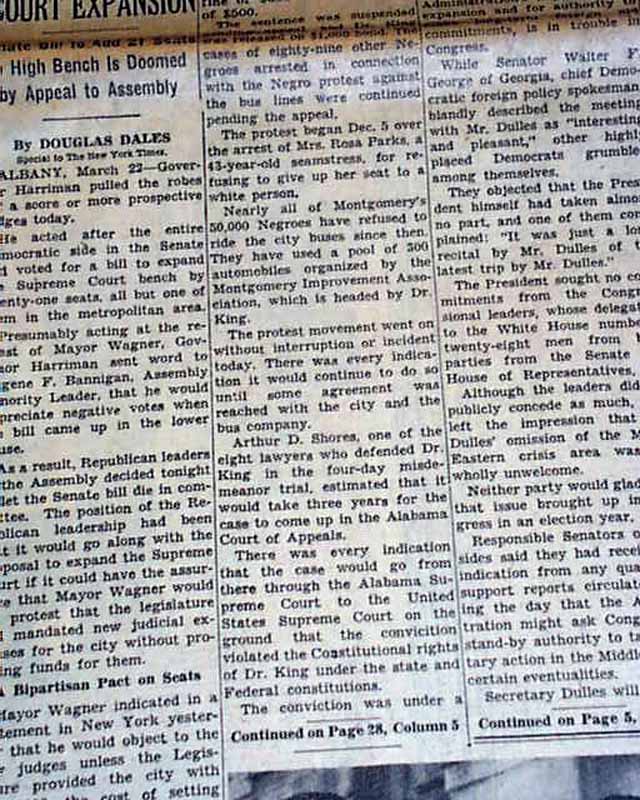 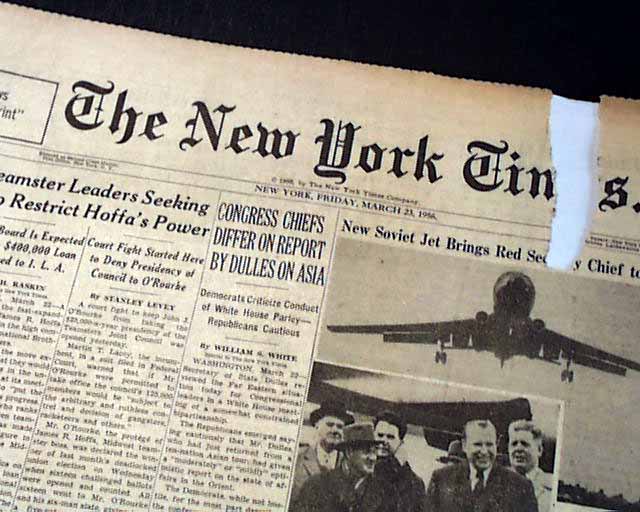 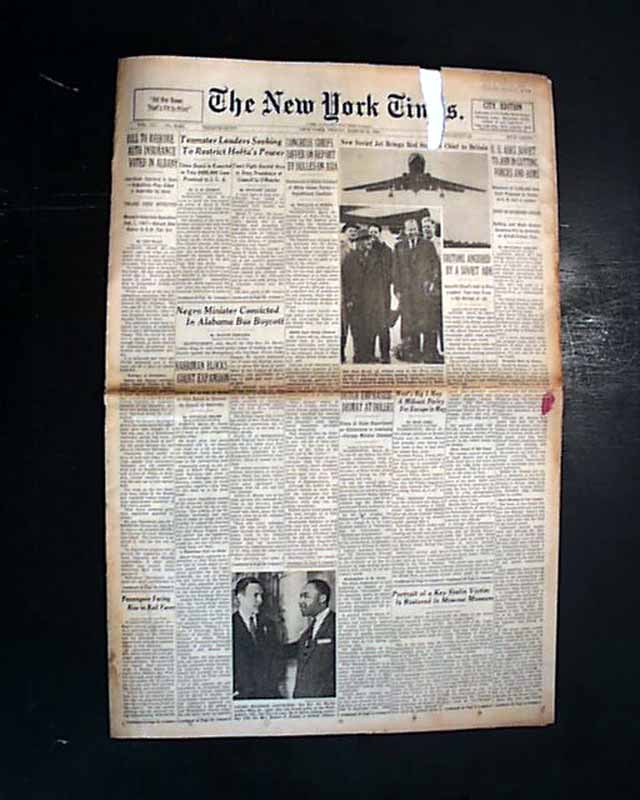 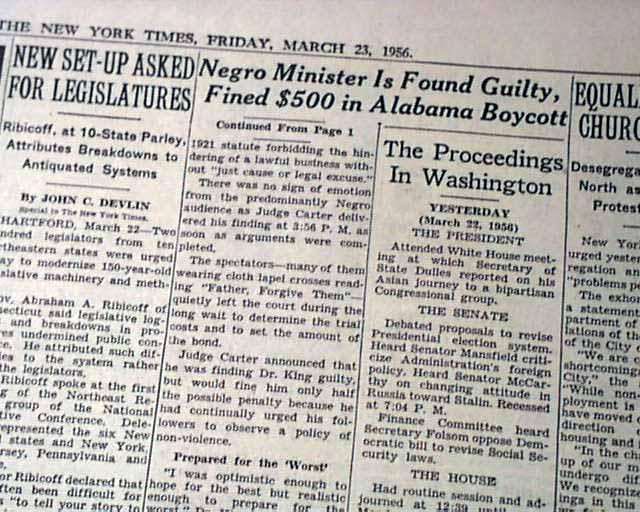 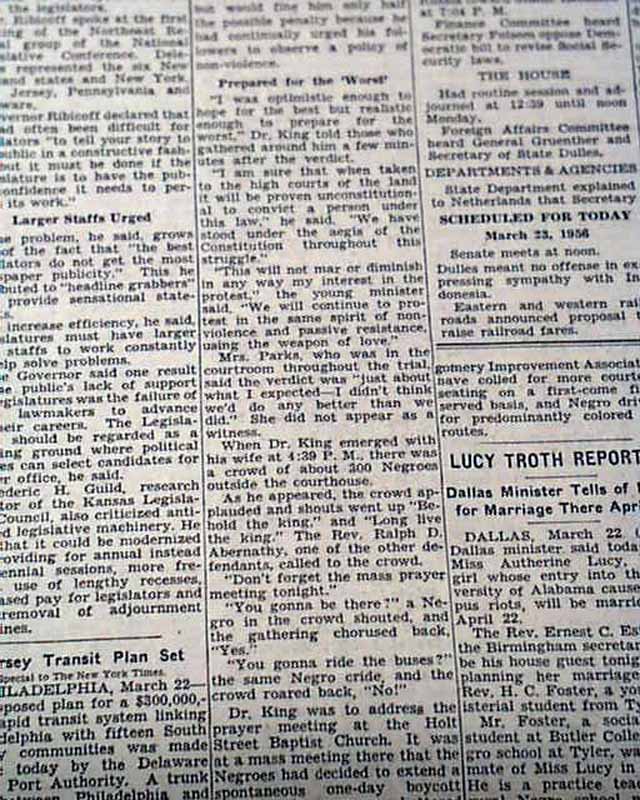