THE INDEPENDENT CHRONICLE & UNIVERSAL ADVERTISER, Boston, Oct. 18, 1781  Page 2 has a report which includes: "...we learn that the allied army had commenced operations against Lord Cornwallis, who was at that time closely penned up in York Town, which, it appears, he has rendered very strong by numerous fortifications...Sir Henry Clinton remains quiet in New York notwithstanding the imminent danger hanging over the head of his colleague in wickedness Lord Cornwallis...". This would be a prophetic report, as one of the reasons for Cornwallis' defeat was the unwillingness of Clinton to come to his aid.
Also on pg. 2 is "...an engagement commenced between Gen. Greene & the main body of the enemy's army...letters add that all the officers in Col. Washington's corps were either killed, wounded or taken."
Page 3 has a great deal on the Revolutionary War, with: "We have the pleasure to congratulate the public on the complete re-establishment of American government in the State of Georgia...We hear that General Washington began his operations against York, about the 25th ult., and that two French 64's have forced their way up the river a considerable distance above York."  Plus there is a lengthy letter from Cape Henry dated Sept. 28, followed by another letter concerning a prison ship at York, Virginia, then another report from Sept. 30 which details some of the final movements against Cornwallis, including: "...whole army marched from Williamsburgh to within one mile of the enemy's works at York...Cornwallis's force in York is supposed to be 6000 troops, including refugees besides a thousand armed negroes. He has possession of the river & Glo'ster strongly fortified & garrisoned...General Washington sent in a flag to Lord Cornwallis directing him not to destroy his shipping or warlike stores as he would answer it at his peril. The easy capture of the out posts will greatly accelerate the future operations of our army..." plus there is even more.
The masthead features an engraving taken from one done by Paul Revere, showing a soldier holding a sword and a document inscribed "Independence" while standing beneath a banner inscribed "Appeal To Heaven" and surrounded by ornate embellishments. A very ornate and patriotic engraving making this issue displayable, particularly from the midst of the Revolutionary War.
Complete in 4 pages, there are 3 inked arrows to page 3, mainly in the margins, some dirtiness at the left edge of page 2, generally in nice condition.

Major Andre's letter on being capture... 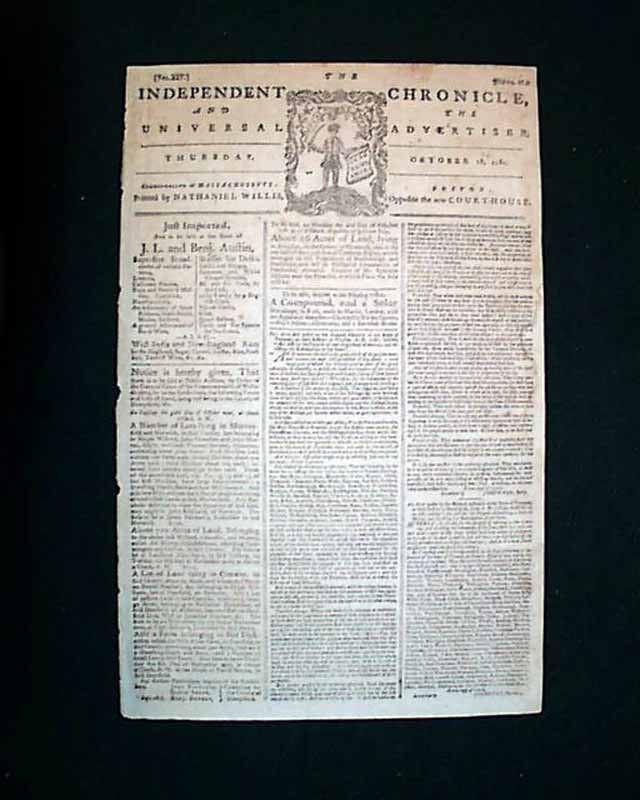 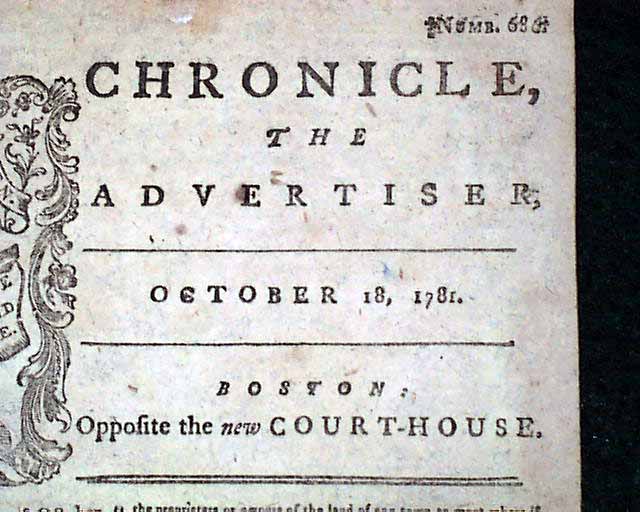 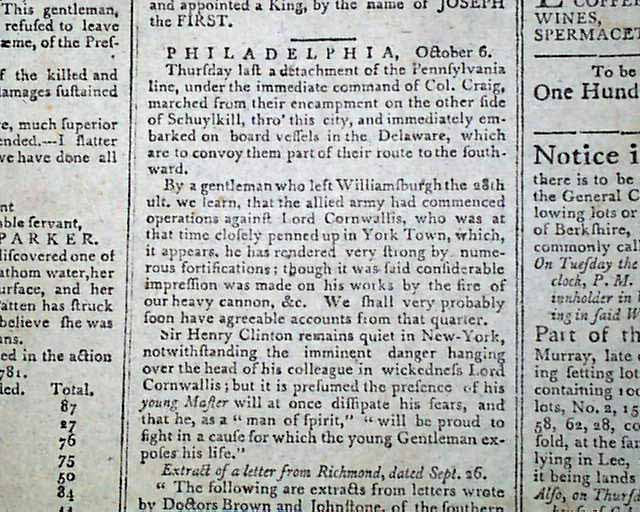 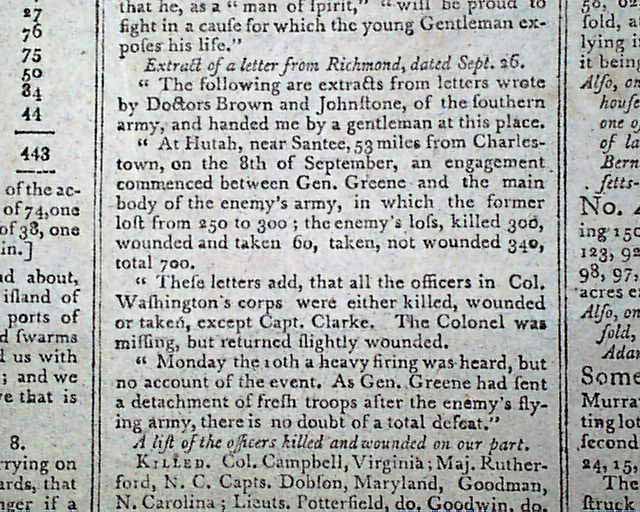 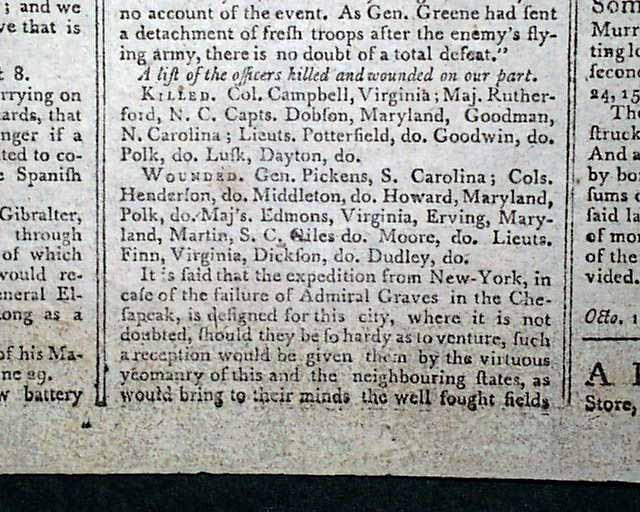 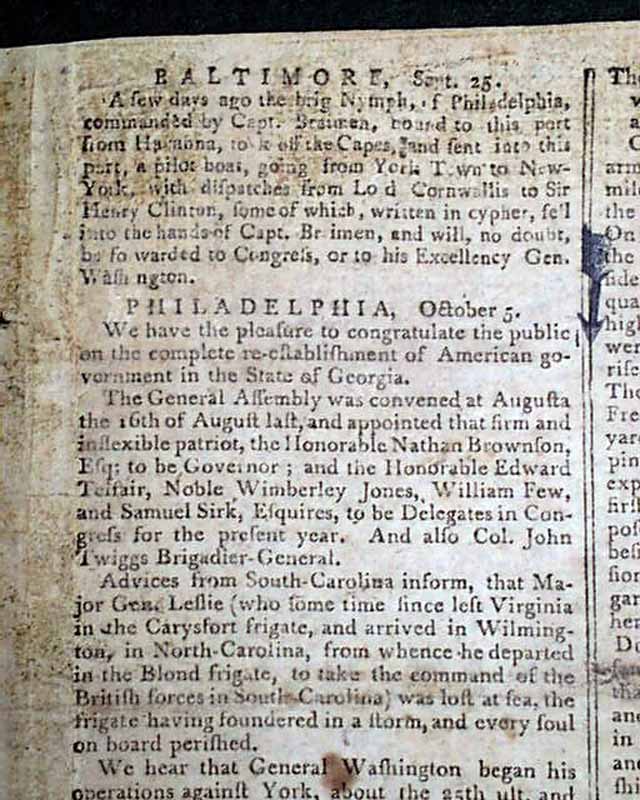 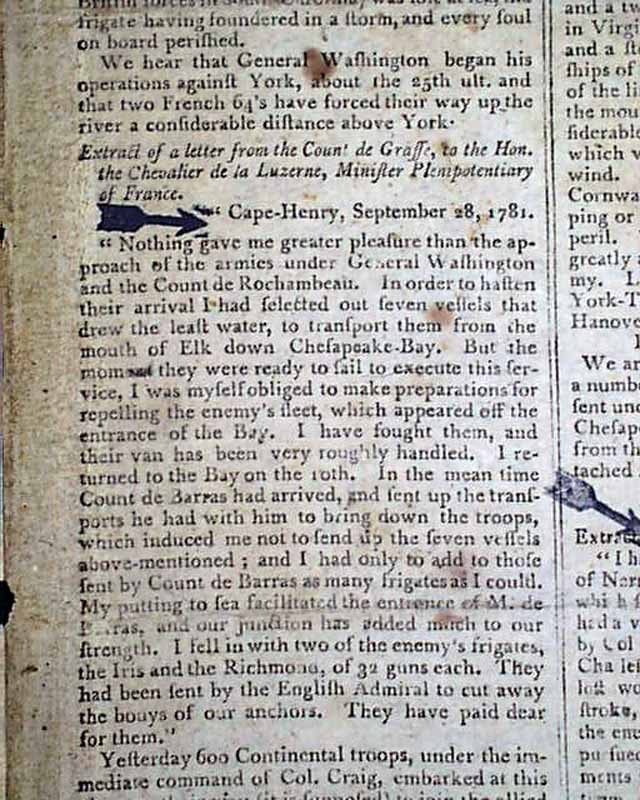 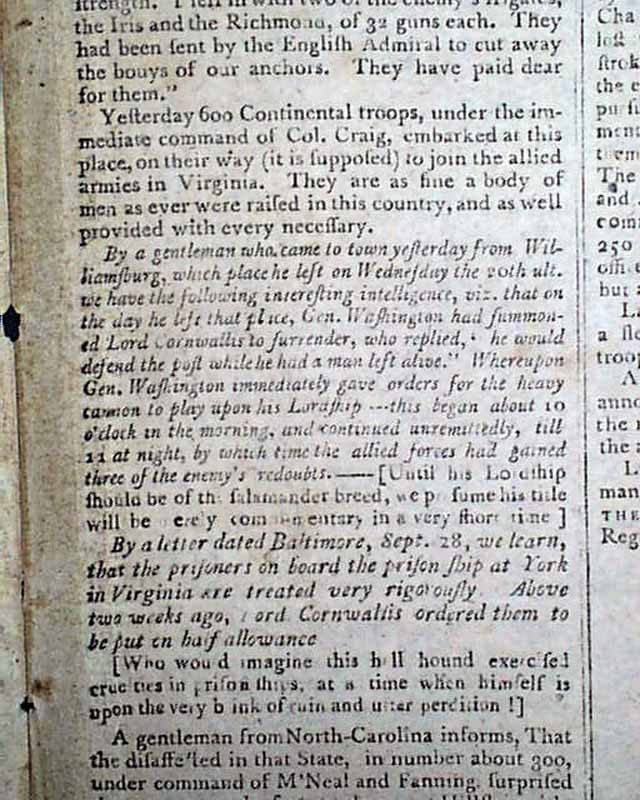 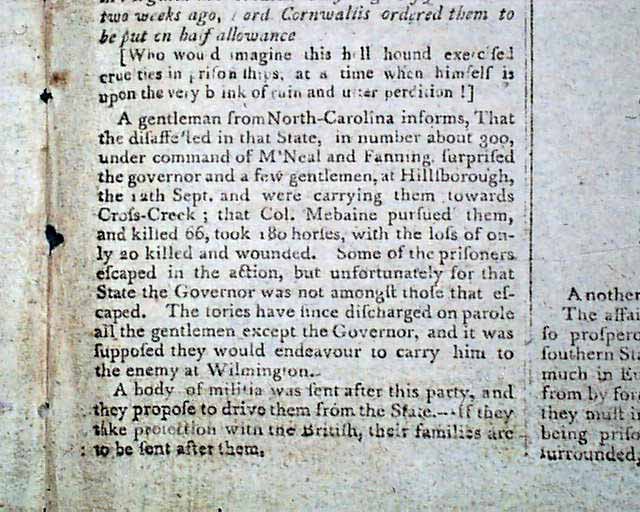 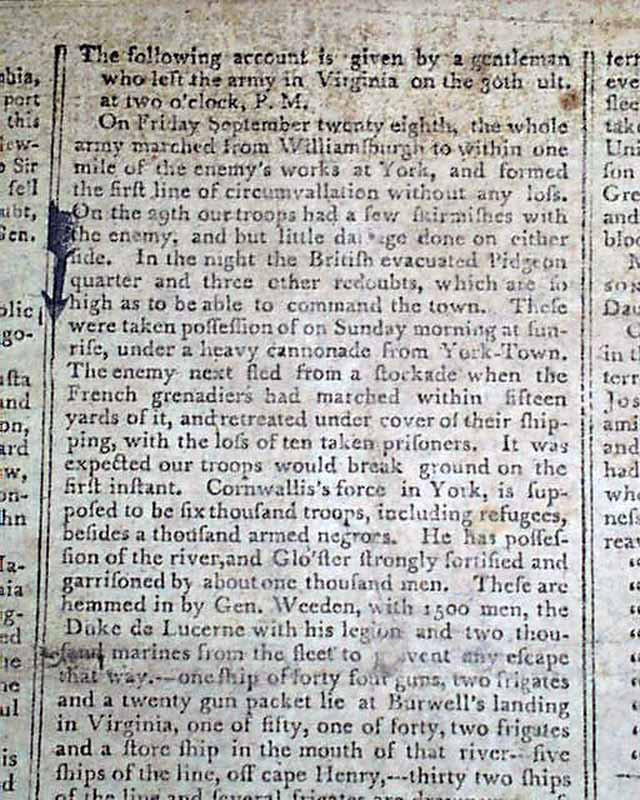 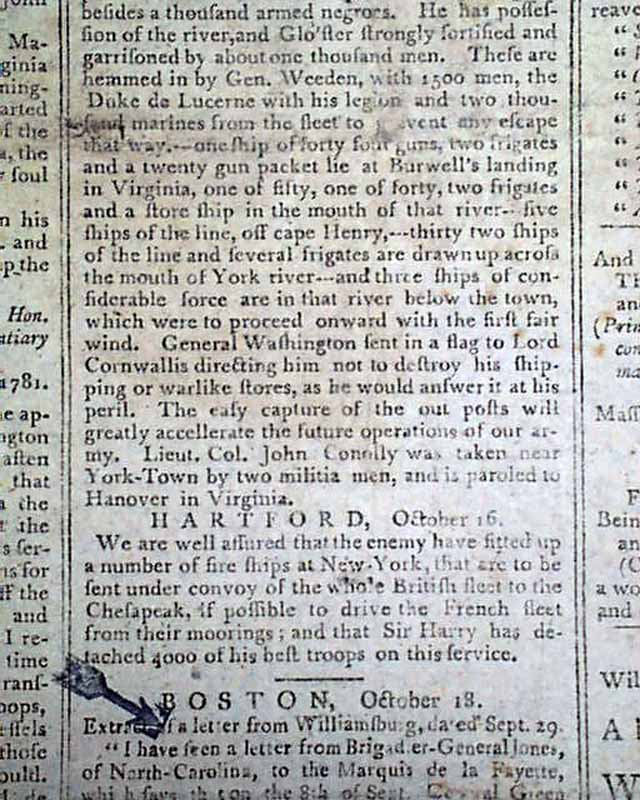 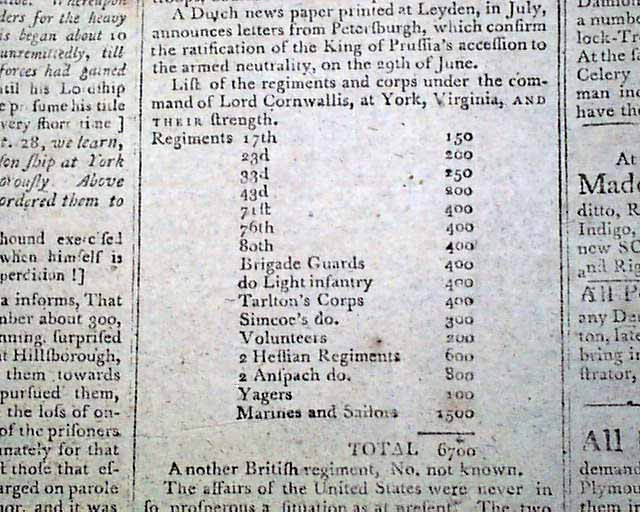