Home > Back to Search Results > The Supreme Court decides the Amistad case...
Click image to enlarge 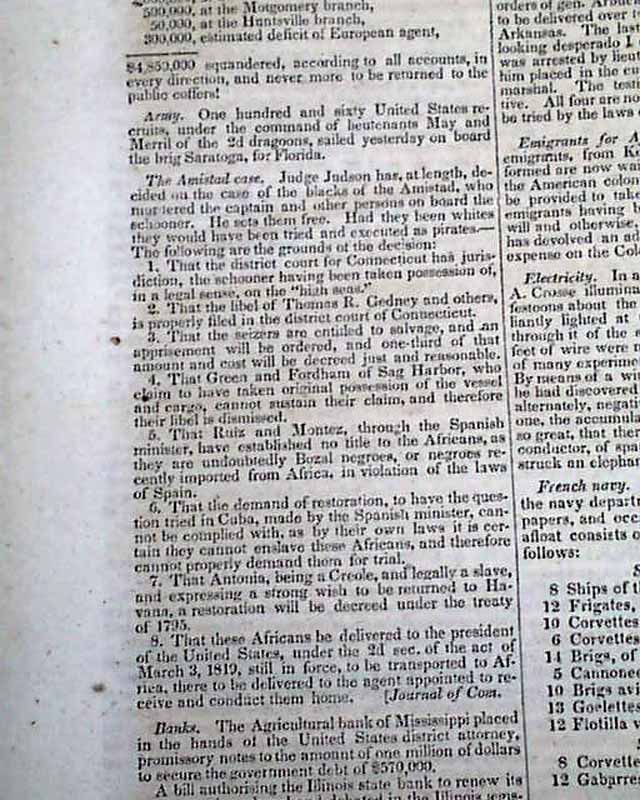 
NILES' NATIONAL REGISTER, Baltimore,  Jan. 25, 1840  This is a very historic issue as the back page contains the report from Judge Judson (U.S. Federal District Judge) concerning the Amistad case, setting the slaves free.
The report has a small head reading: "The Amistad Case" and begins: "Judge Judson has, at length, decided on the case of the blacks of the Amistad, who murdered the captain & other persons on board the schooner. He sets them free. Had they been whites they would have been tried & executed as pirates. The following are the grounds of the decision..." and what follows are the eight points which shaped the judge's decision.
Among other articles in this issue are: "Texas--Emigration to Texas" "National Affairs" "Navy Department", much reporting from Congress, "Emigrants for Africa" "Slavery in Colombia" and more.
Sixteen pages, 9 by 12 1/2 inches, never-trimmed margins, nice condition. 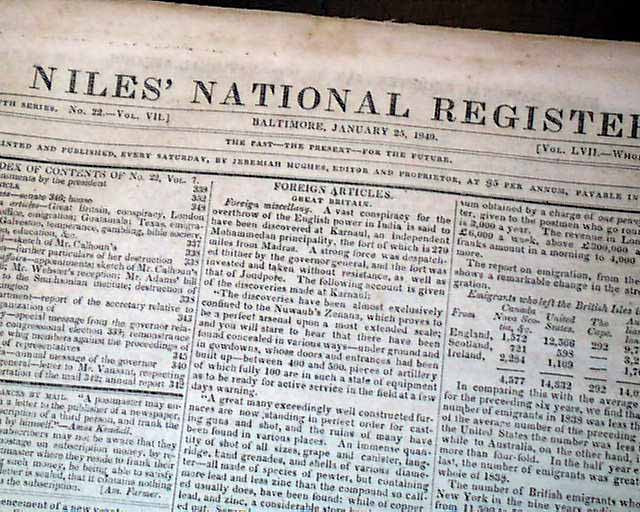 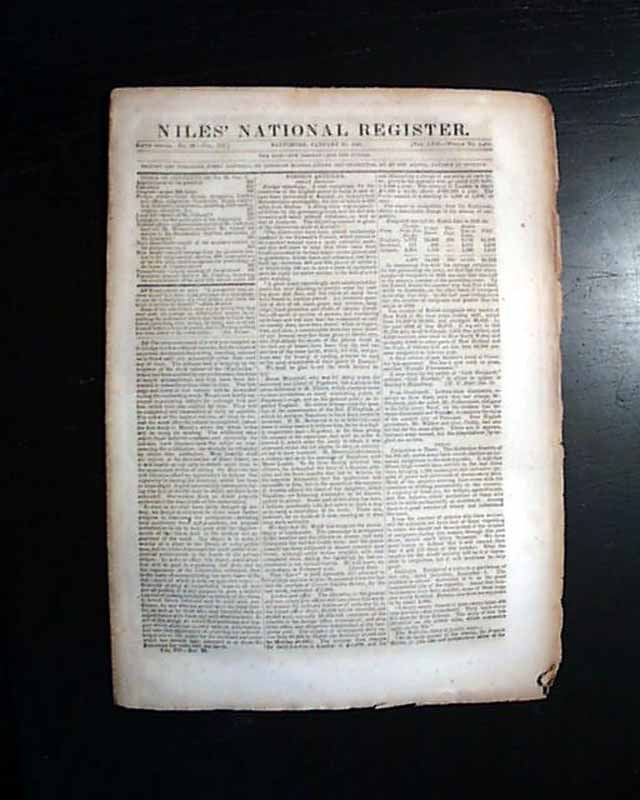