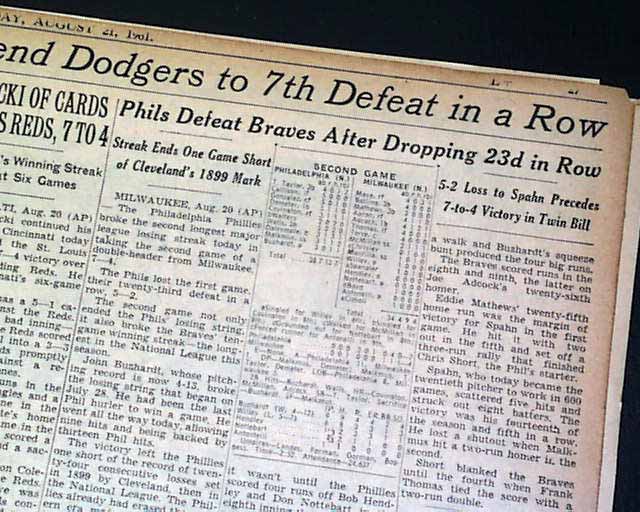 This 46 page newspaper has a three column headline on page 27: "Phils Defeat Braves After Dropping 23d in Row" with subhead: "Streak Ends One Game Short of Cleveland's 1899 Mark" with box scores.

This is 1st report coverage on the Philadelphia Phillies ending their 23 game losing streak. This is considered the longest losing streak in modern major league baseball history. Nice to have in this famous NYC title.