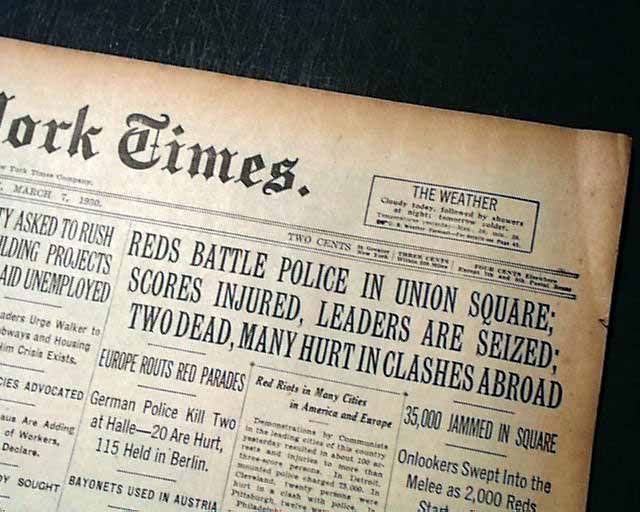 The top of the front page has a three column headline: "REDS BATTLE POLICE IN UNION SQUARE; SCORES INJURED, LEADERS ARE SEIZED; TWO DEAD, MANY HURT IN CLASHES ABROAD" with many subheads. (see) Loads of text continues inside with related photos.
Other news, sports and advertisements of the day. Complete in 48 pages, light toning at the margins, a little irregular along the spine, generally nice.