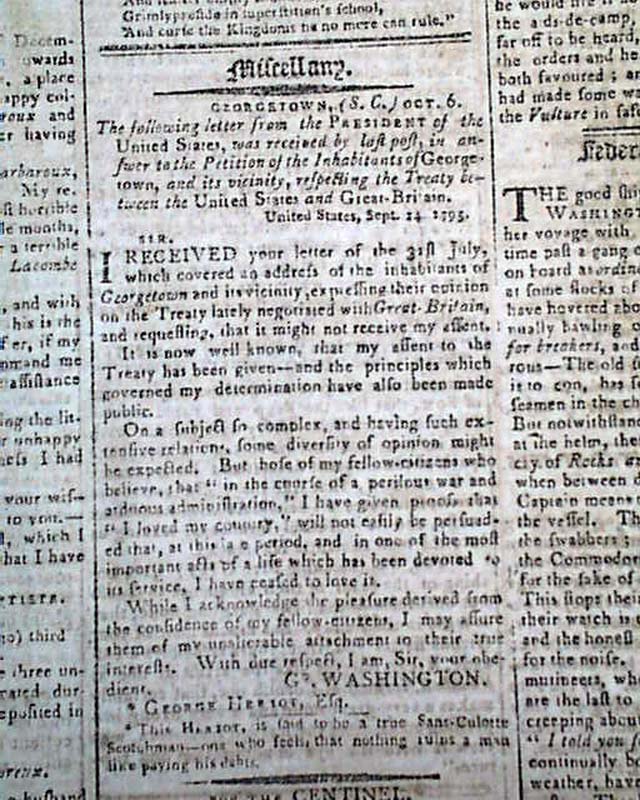 
COLUMBIAN CENTINEL, Boston, Nov. 14, 1795  The front page has a letter from the President to the inhabitants of Georgetown concerning the late Treaty with Great Britain, known as the Jay Treaty.
One bit notes: "...On a subject so complex, and having such extensive relations, some diversity of opinion might be expected...", signed in type: Go. Washington.
The ftpg. also has: "Federal Ship News" which begins: "The good ship Federal Government, George Washington Commander, still prosecutes her voyage with safety and success...".
Page 3 notes: "Appointment. Elias Boudinot, Director of the Mint..." followed by a: "Statement of Coins made at the Mint of the United States". Page 2 has a letter from New York signed in type: John Jay.
Four pages, very nice condition.