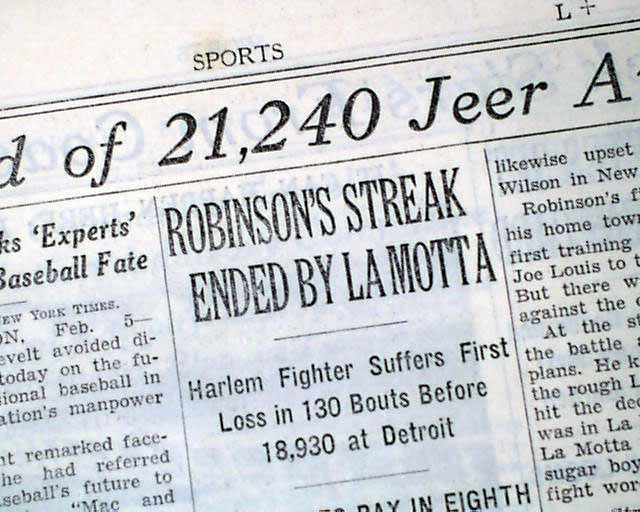 The sport's section (page 17) has one column headings: "ROBINSON'S STREAK ENDED BY LAMOTTA" "Harlem Fighter Suffers First Loss in 130 Bouts Before 18,930 at Detroit" "Bell Saves Ray In Eighth" "Left to Head Floors Him for a Count of Nine--Gate at Olympia Is $50,000" with 2 smaller subheads. This famous fight was a focus in the award winning movie 'Raging Bull'. A real gem for any boxing collection.
Other news, sport and advertisements of the day. Complete in 28 pages, this is the rare rag edition that was produced on very high quality newsprint, with a high percentage of cotton & linen content, allowing the issues to remain very white & sturdy into the present. Given the subscription cost, libraries & institutions rather than individuals were the primary subscribers of these high-quality editions. Nice condition.