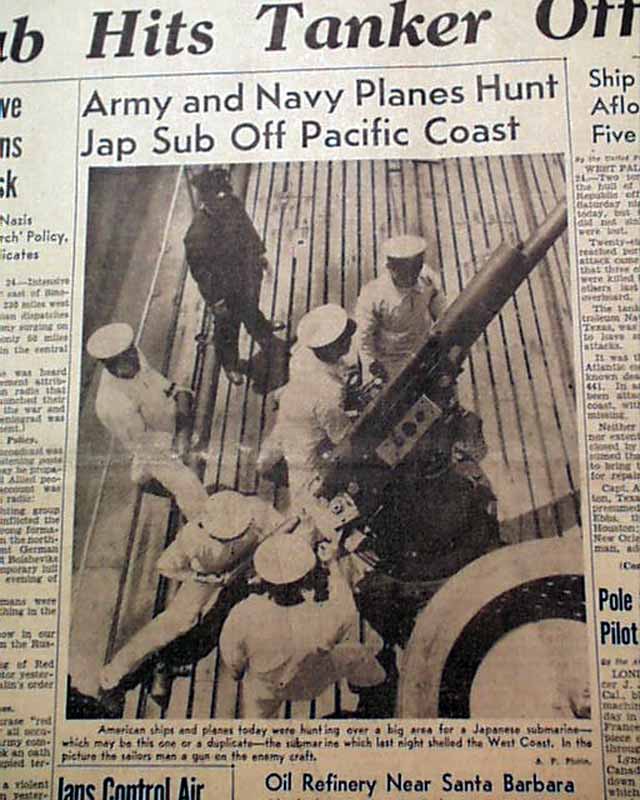 The front page has a three column photo with heading: "Army and Navy Planes Hunt Jap Sub Off Pacific Coast" with subhead. (see) This brief yet very historic shelling only caused minor damage to the oil field—a pump house and a single oil derrick were destroyed—but its implications were severe. The bombardment at Ellwood was the first shelling of the mainland United States during World War II, and it sparked an invasion panic among an American populace not used dealing with war on the home front. A day later, reports of enemy aircraft led to the so-called “Battle of Los Angeles,” in which American artillery was discharged over Los Angeles for several hours due to the mistaken belief that the Japanese were invading.
Complete with all 26 pages, light toning at the margins, small library stamp within the masthead, small binding holes along the spine, generally nice.